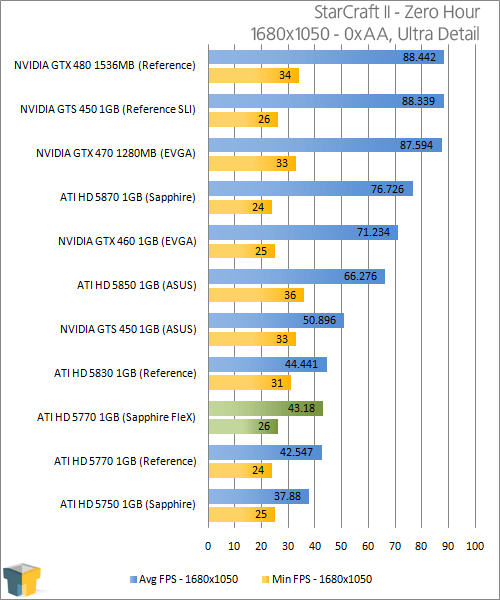 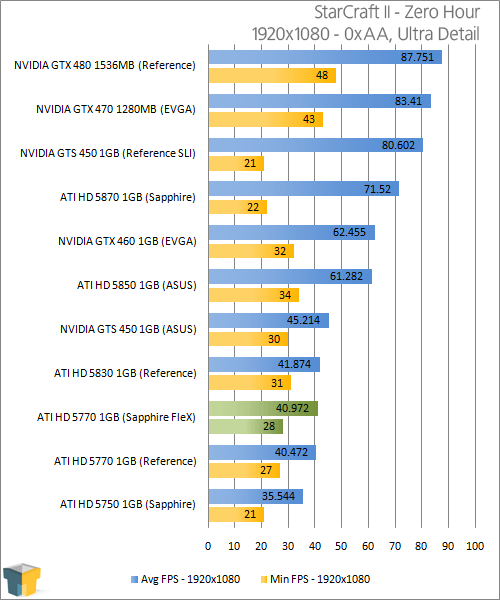 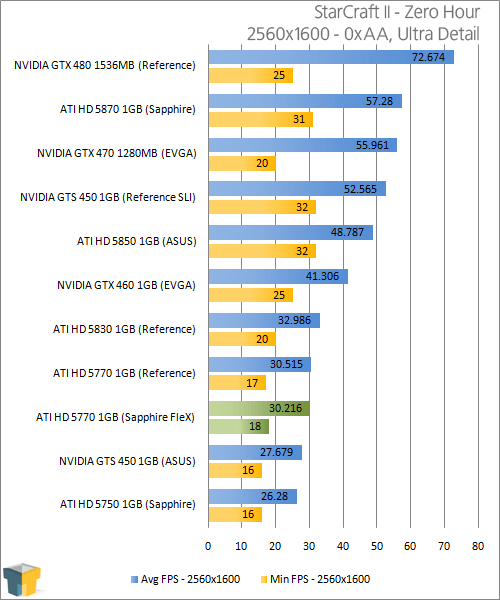 Some might disagree, but I have found 30 FPS to be good enough for most gamers in this title, and despite the low number, the overall gameplay is still smooth, which is rather surprising. For hardcore gamers, I wouldn’t doubt that higher framerates would be desired at 2560×1600, but for any resolution under that, the performance seen here is good.

At Ultra detail settings, and no anti-aliasing, the game hits my minimum mark of 30 FPS, so that becomes our overall best playable. If you are a competitive player and are using a larger monitor, you might want to decrease the settings to High, but if you don’t take things ultra-seriously, you should be more than pleased with the performance from the FleX at 1920×1080 and under, regardless of settings.

Unfortunately for Eyefinity gamers, Blizzard has taken it upon itself to say that there’s no place in StarCraft II for multi-monitor gaming. While hacks exist to get around the limitation, we didn’t test with it as the number of people willing to tweak their game and risk getting their accounts banned is going to be small.