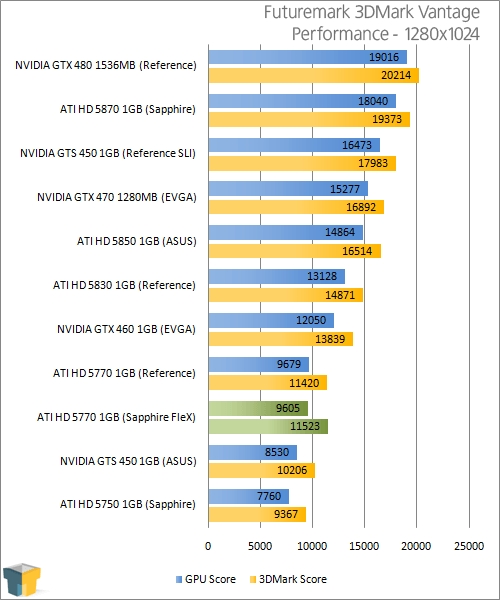 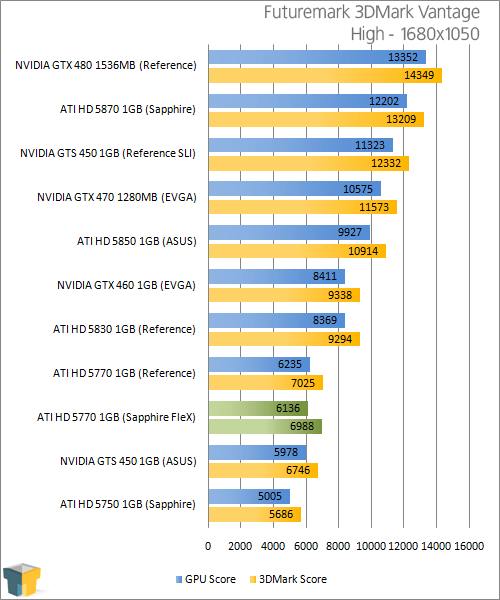 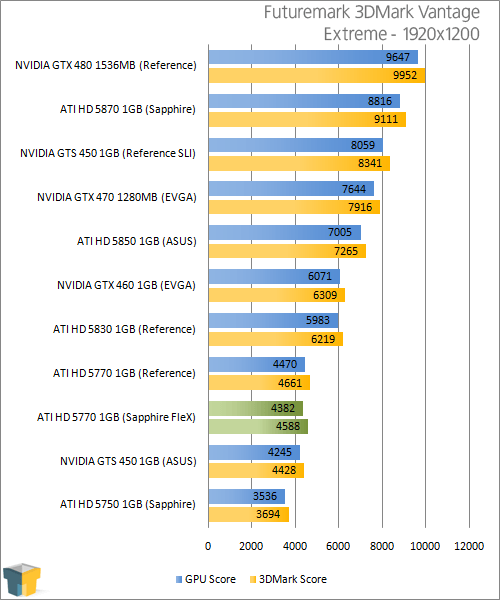 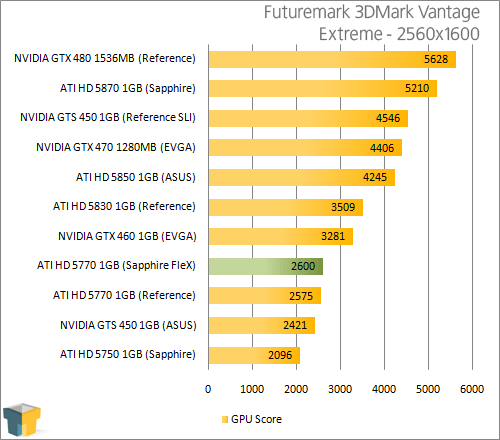 As one would expect, Sapphire’s FleX card pairs up with the reference HD 5770, which puts it just above NVIDIA’s GeForce GTS 450 – at least where this particular benchmark is concerned.