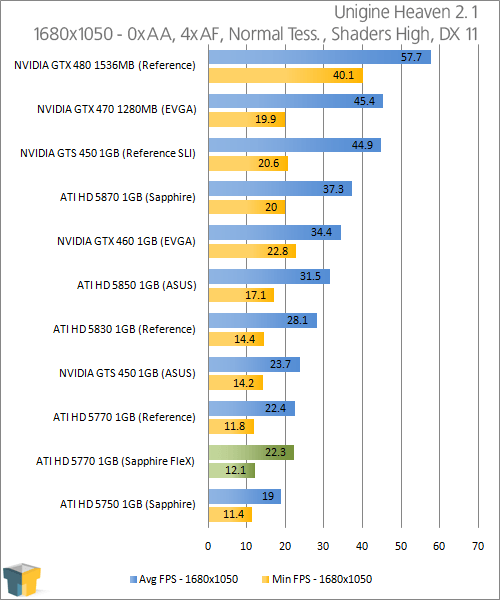 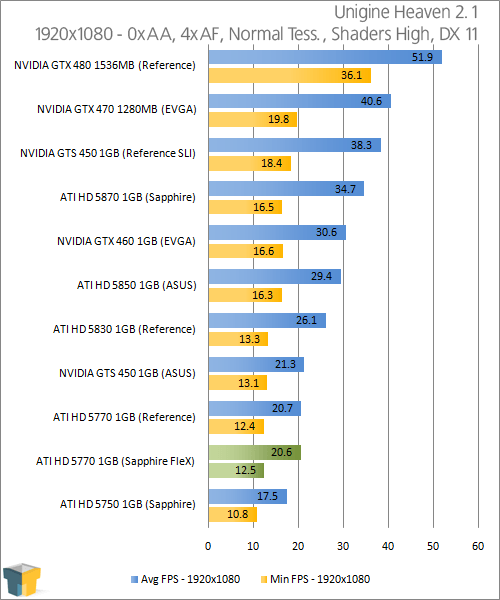 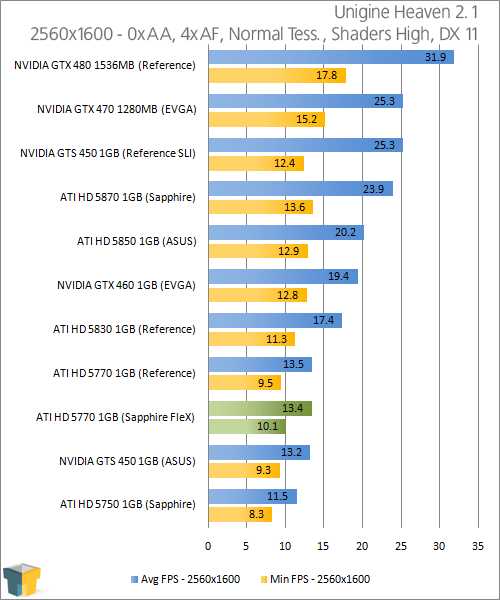 While the HD 5770 came ahead of GTS 450 in 3DMark Vantage, NVIDIA’s Fermi architecture helps it excel in the heavily tessellated Unigine Heaven. Will we see things shake up with AMD’s upcoming Northern Islands launch? We’ll find out soon enough.