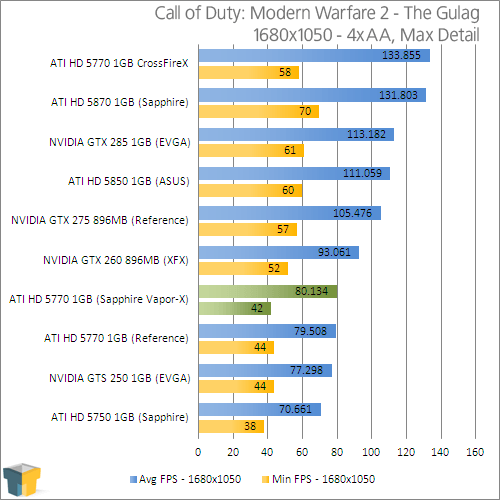 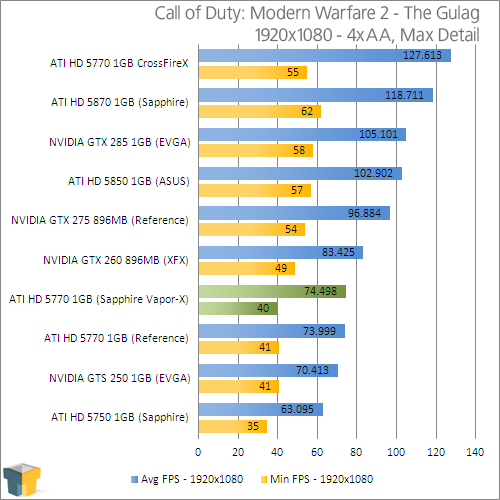 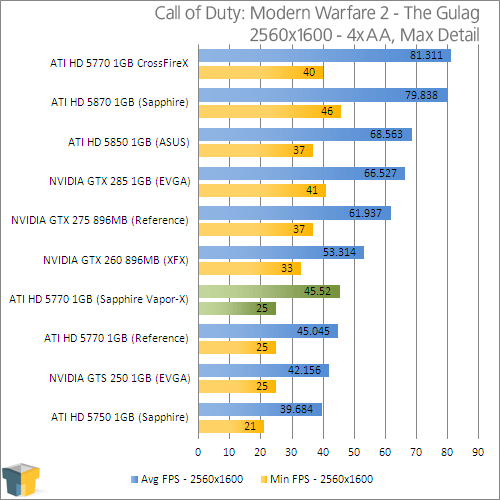 Given the 10MHz boost to the core, these results weren’t too unexpected. The difference between the reference card and the Vapor-X performance-wise is almost nil.

Like the reference card, our best playable setting is with anti-aliasing turned off. While it does play decently well with it enabled, that extra 15FPS by turning it off is quite noticeable.