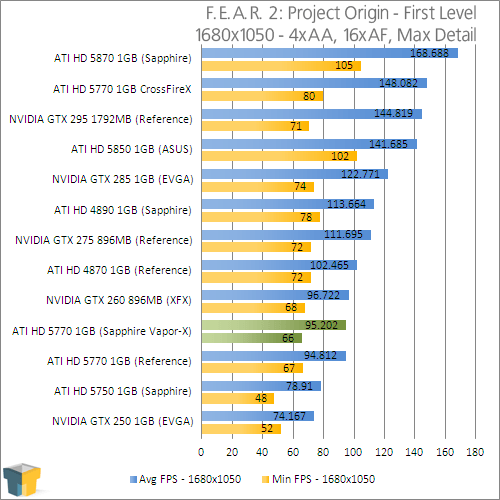 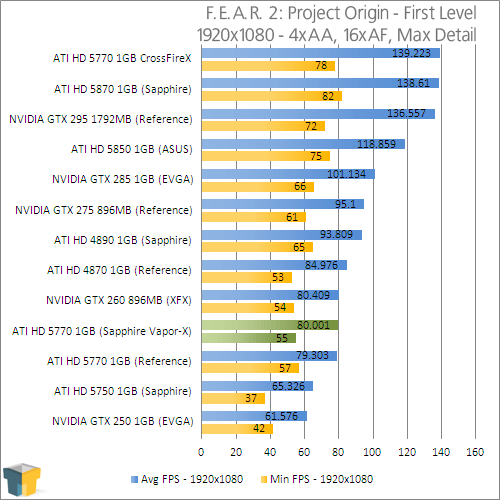 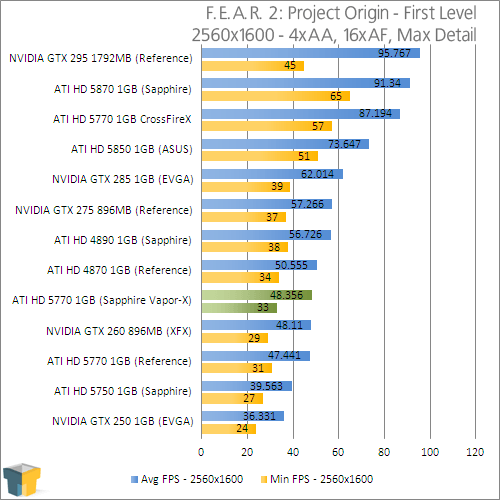 With results such as these, I’m really starting to wonder why Sapphire increased the core clock by any amount at all.

Because the game runs without a hitch at the game’s maxed out settings, that’s the best playable here.