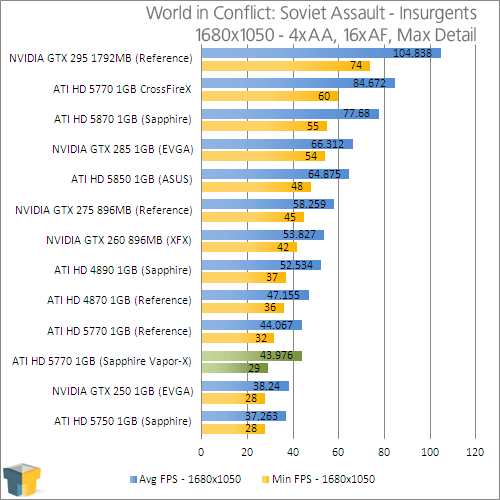 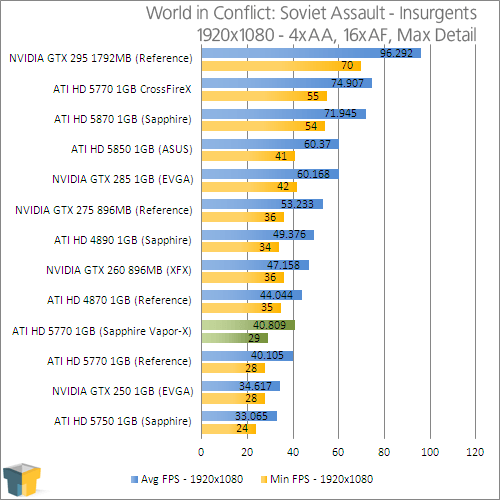 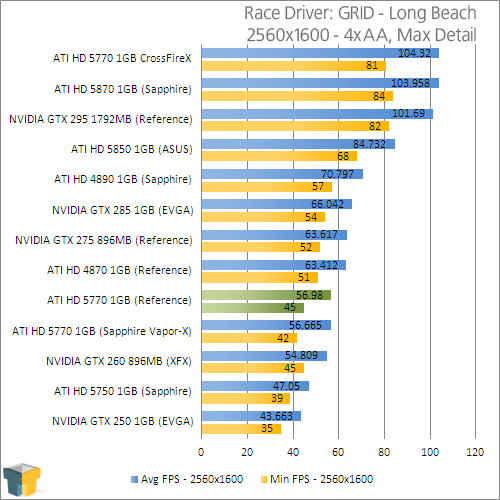 I’m truly running out of things to say here, because there’s simply put, nothing to say! The performance is just as we’d expect to see from this card.

GRID offers anti-aliasing options above 4xAA, but in all my tests in the past, they’re extremely buggy, so they’re a non-option. Given that, and the performance of our 2560×1600 setting, that remains our best playable.