Overclocking pre-overclocked cards is always interesting, because sometimes the card will overclock quite a bit further, and other times it might not overclock much further at all. In the case of our Toxic card here, the former is true, and I have to say, the results were impressive. The reference clocks for the HD 5850 are 725MHz Core and 1000MHz, and the pre-overclock on the Toxic bumps those to 765MHz and 1125MHz, respectively. After much tweaking, we managed to land a stable overclock of 870MHz and 1225MHz. That’s a 105MHz Core and 100MHz Memory boost, on an already-overclocked card!

Note that in order to achieve these clocks, we had to use AMD’s own GPU Clock Tool, as the Overdrive utility in the Catalyst driver only allowed us a mere 10MHz boost above the 765MHz Core, and no additional frequency on the memory, which I’m sure is why Sapphire didn’t go beyond the clocks it did.

Because our overclocks were so impressive, I’m not going to say that I believe them to be truly typical, but in our case, those clocks were absolutely stable, and I tried hard to break it. They passed everything, from our continuous OCCT run to our looped 3DMark run to our real-world gaming runs. The clocks we reached were undoubtedly impressive, but were they worth it? 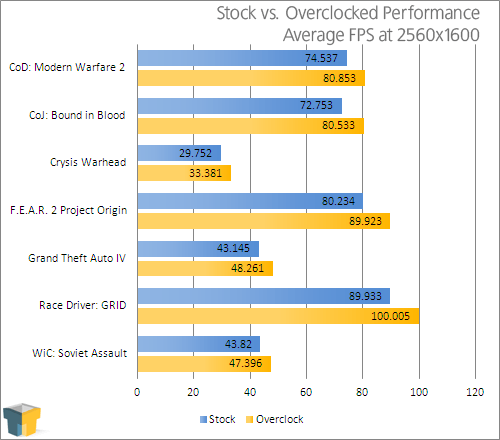 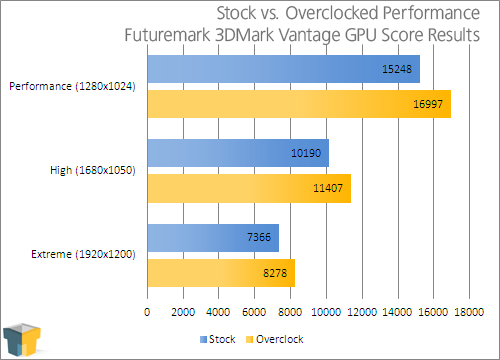 For once, I can say “yes”, because the gains seen in our games and 3DMark runs above are without question notable. We saw a 6 FPS bump in Modern Warfare 2, 10 FPS increase in F.E.A.R. 2, and likewise, another 10 FPS increase in GRID. I of course wouldn’t heartily recommend anyone to overclock their GPU so high on a regular basis, but should you choose to, real performance gains can be seen.