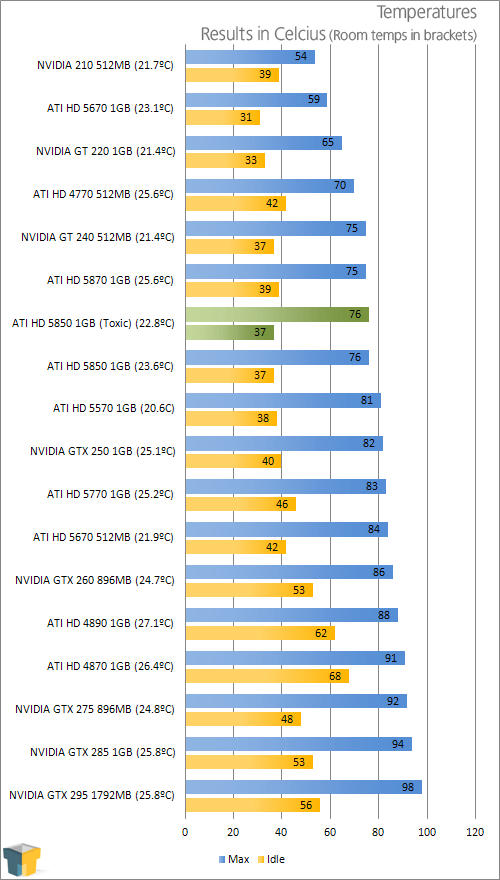 I had to do a total double-take when I inputted our results for the Toxic card into the chart above, because by all coincidence, our temperatures for both the Toxic and reference HD 5850 were absolutely the same, both for the idle and load. Now, I say “coincidentally”, because while both cards are the same model, the Toxic has a slightly different cooler, and is pre-overclocked. So to hit the exact same numbers is neat.

It may seem immediately unimpressive that despite Sapphire’s interesting cooler modifications, the temperatures are the same, but bear in mind that the card is overclocked, so at least it isn’t worse. 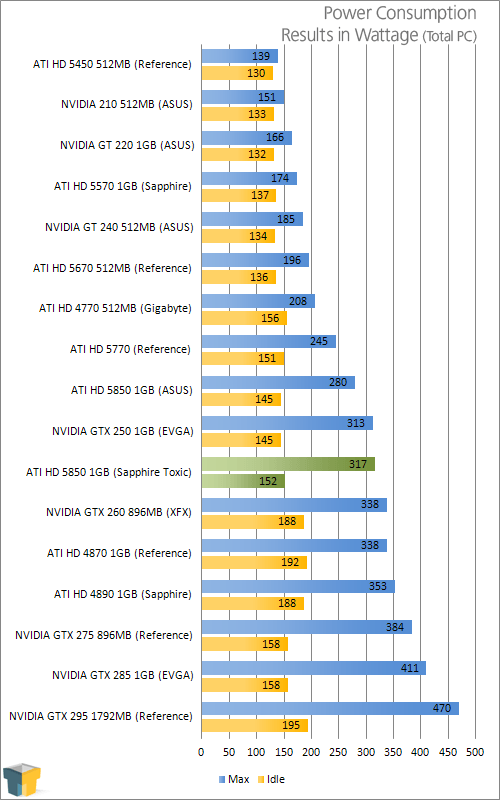 The overclock may not have been noticeable in our temperature tests above, but for power consumption, the opposite is true, with a 27W increase at load, and 7W increase at idle.