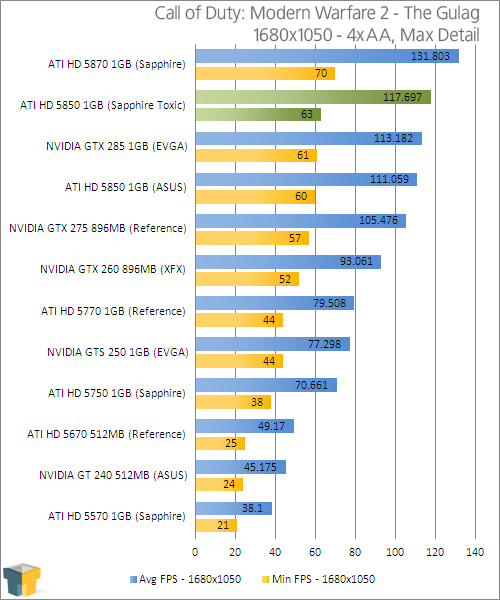 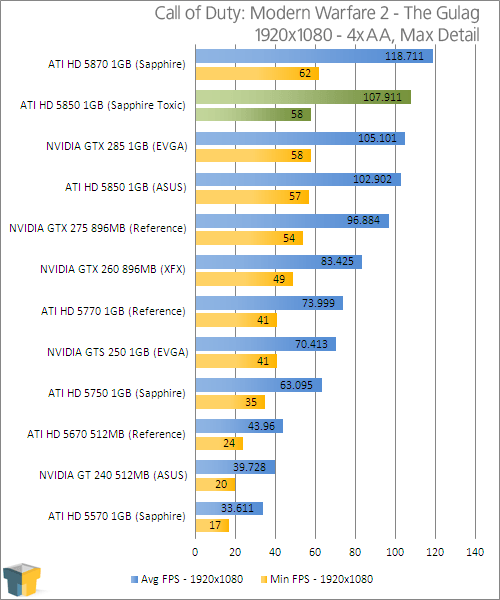 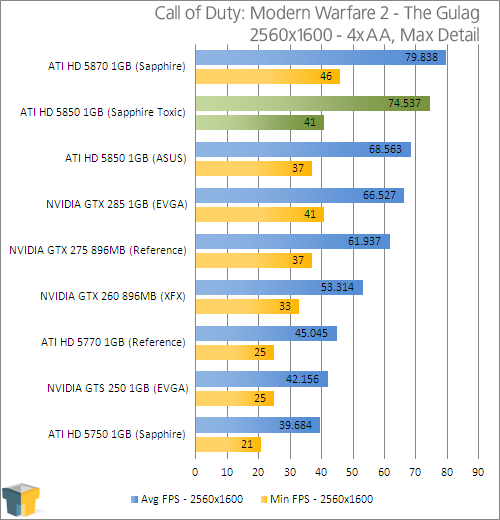 The performance gains seen here, I assume, must be a combination of both the pre-overclock, and also driver improvements that have been made since we originally reviewed the reference-clocked HD 5850. A simple 40MHz Core boost isn’t likely to cause a 6FPS increase, although the faster memory speed may play a role as well.

When we’re seeing an average of 75 FPS at the game’s maxed-out settings, who on earth would want to lower them? Not us, so our top settings above of course become our best playable.