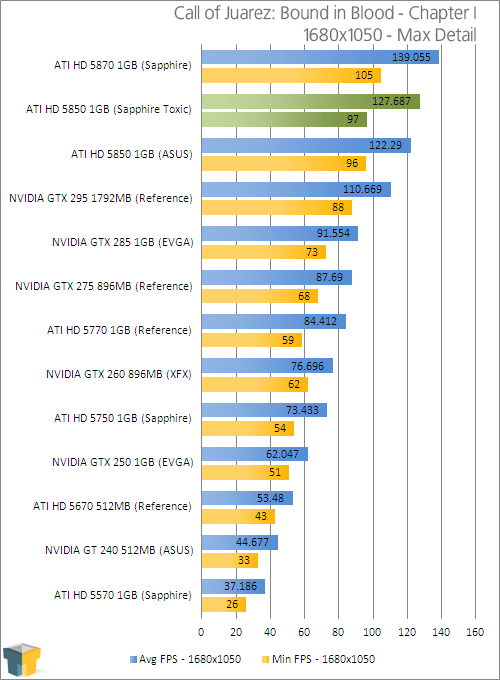 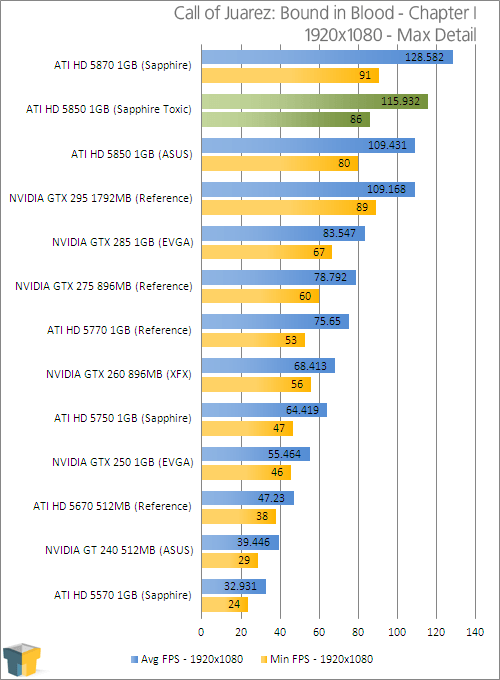 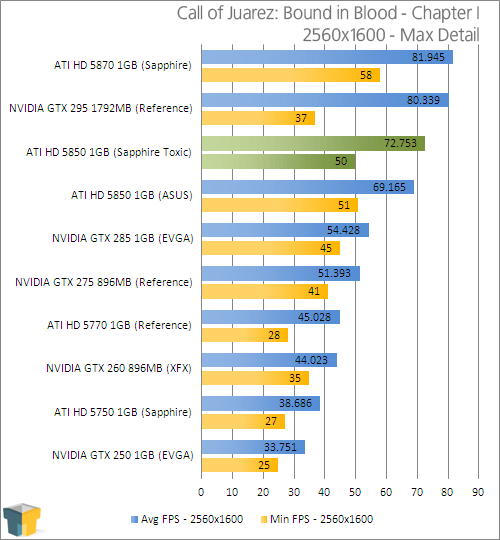 Once again, and not surprisingly, the Toxic version of the HD 5850 places comfortably above the reference-clocked version.