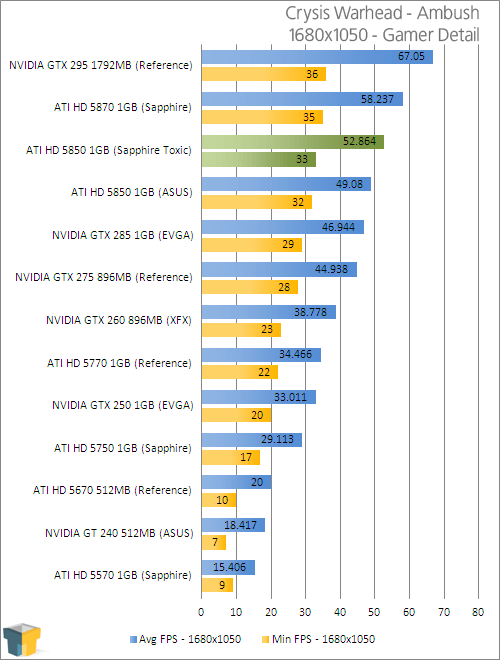 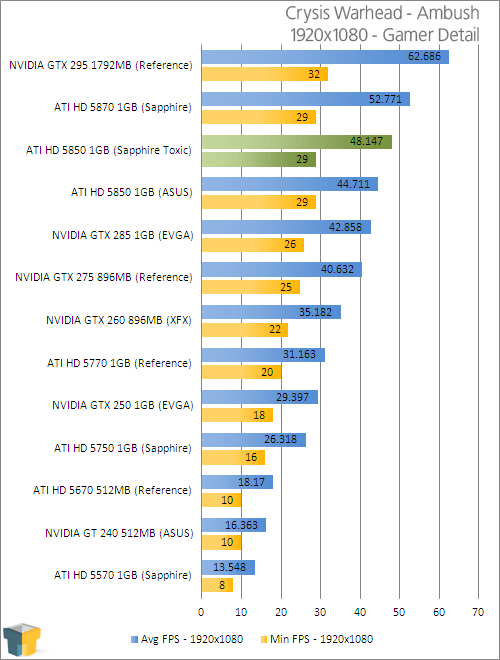 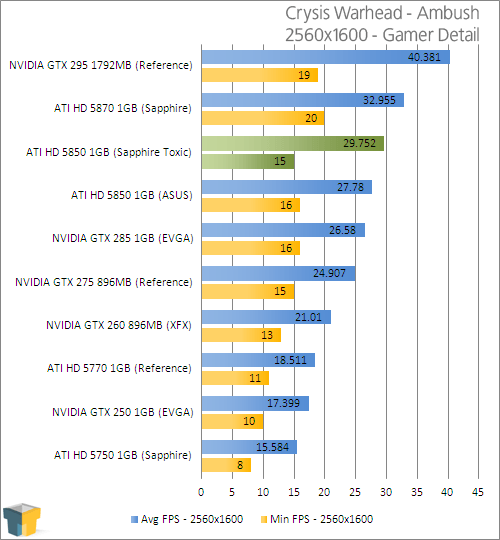 We’re seeing more of the same here, with the Toxic proving to be just a tad better than the reference model.

The HD 5850 might be a stellar graphics card offering, but Crysis has the unique ability to make any PC component its slave. Decreasing our Gamer setting to Mainstream blew the doors off our performance, and we saw 55 FPS on average at 2560×1600, so that becomes our best playable.