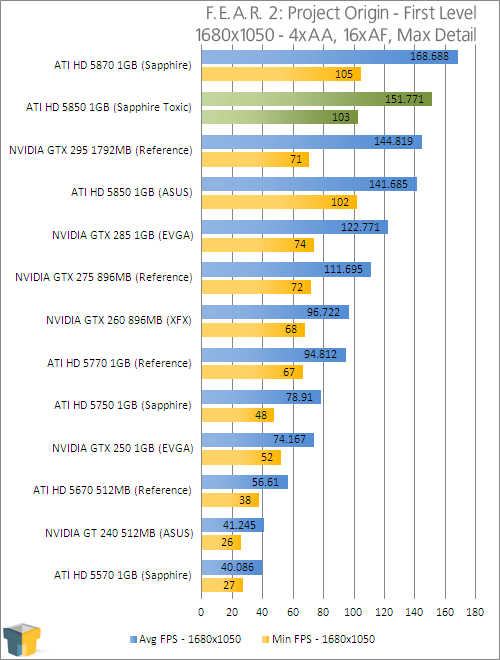 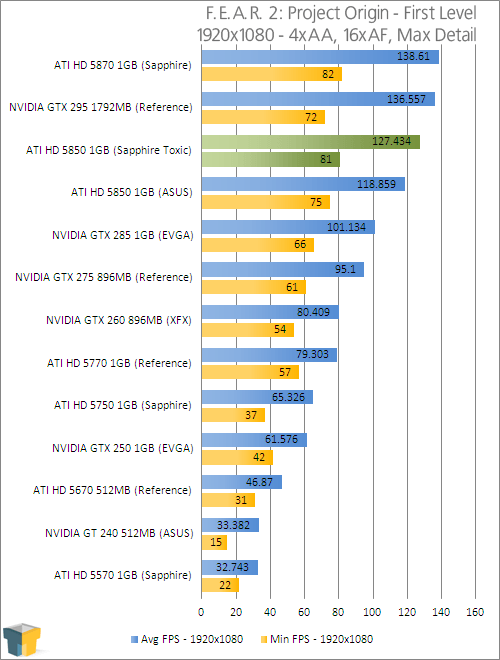 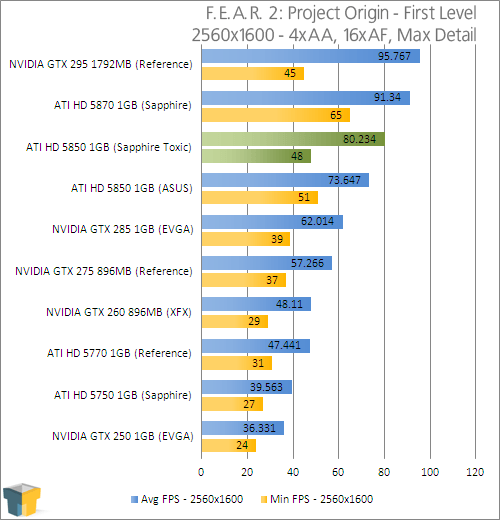 Toxic’s overclock really helps the HD 5850 shine here, although even without the higher clocks, the card can handle F.E.A.R. 2 as if it’s no challenge at all.

With an 80 FPS average at the game’s top settings, our best playable was all too easy to choose here.