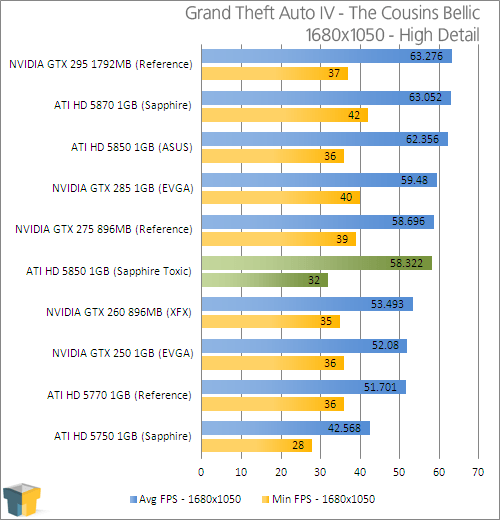 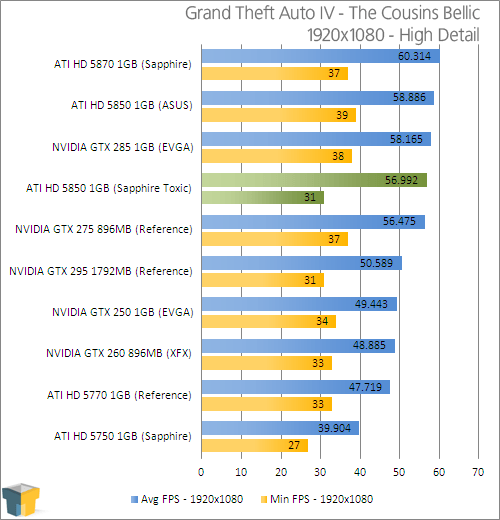 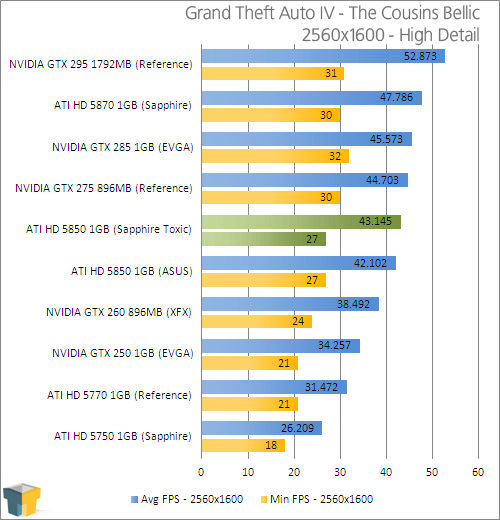 Up until this point, the Toxic version of the card came well above the reference version, but that ends here. I think I have a reason, though. Back in November, a patch for the game was released, and as a result, I believe something caused the performance to decrease just a wee bit on these cards. Therefore, the Toxic, despite being faster, places below the reference card here.

In our original HD 5850 review, we mentioned that we had a stuttery experience with that card in particular with GTA IV at 2560×1600, and that’s something that hasn’t changed. It’s truly bizarre to me, because this is the only model HD 5000 that happens to do this at that resolution. So because of that, our best playable is forced to be 1080p. Fortunately, GTA IV isn’t exactly a “must have” title for the PC.