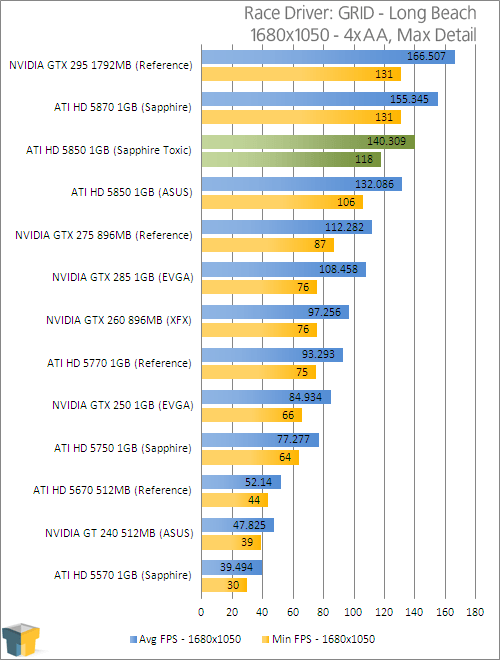 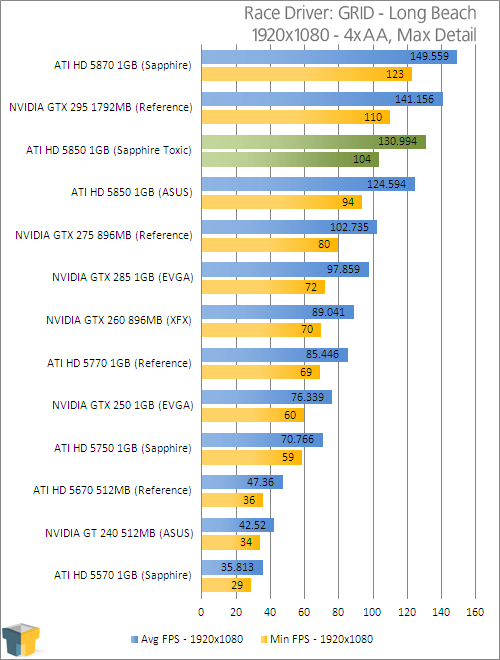 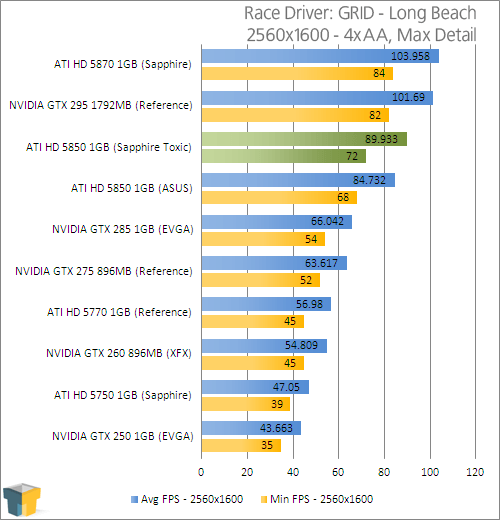 We’re back on track here (no pun), with the Toxic placing just ahead of the reference-clocked HD 5850, as we’d expect.

Once again, GRID is one of those games that runs well on almost anything, and especially a higher-end card like the HD 5850. Therefore, 2560×1600 at maxed settings was no issue at all, so it naturally becomes our best playable setting.