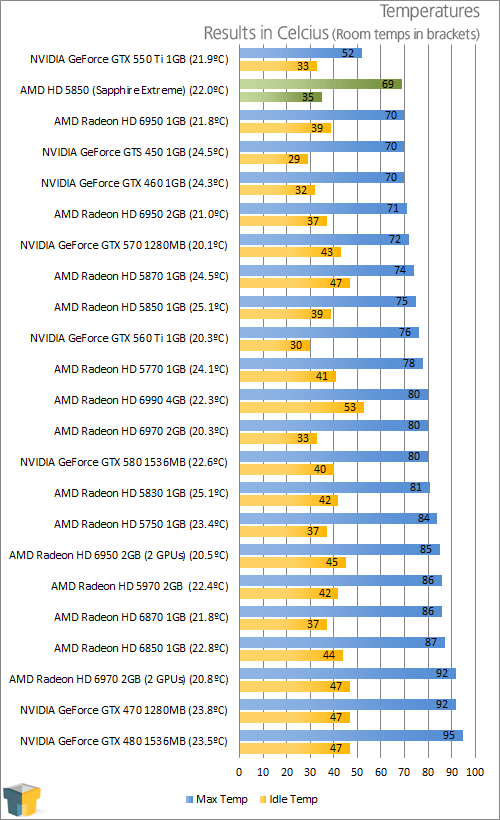 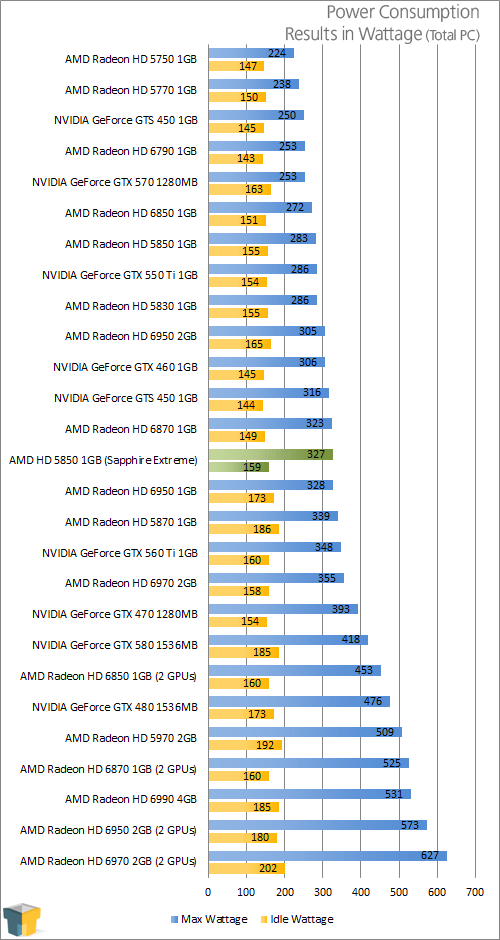 Interestingly, Sapphire’s Xtreme draws more power than the original HD 5850, but its temperatures are much improved.