It might seem logical, and that’s because it probably is, but I never touch a “Final Thoughts” page until I am 100% done the rest of the article. The reason is simple… in order to be as accurate as possible with my final thoughts, I need to understand all of the angles, and in the case of Sapphire’s HD 5850 Xtreme, I think it’s a good thing I didn’t start writing the final thoughts too early.

As I mentioned in the intro, I found it rather bizarre that Sapphire would ask us to take a look at an HD 5850 product now, and I couldn’t quite wrap my head around it. But after seeing the performance results… the reason is clear.

We were told last week by Sapphire that the HD 5850 Xtreme would be priced at $150, and according to current Newegg pricing, that’s holding true. While the card has the potential to go up in price in the future, I have my doubts. After all, the pricing is clearly the reason Sapphire released this card in the first place. It had enough of an overstock on HD 5850s in order to make a return on what’s considered a very modest price-tag compared to the other HD 5850s lingering about. 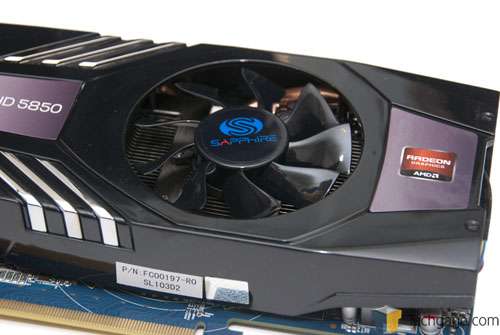 Sapphire’s Xtreme card for some reason draws more power, despite the new VRM design, but it’s still within reason (+44W at full load), and might not matter too much to some – especially given how solid the performance/$ ratio is.

Even with the nice performance, does purchasing a last-gen card make sense? In this particular case, absolutely. AMD’s HD 6000 series doesn’t bring enough to the table to warrant passing up a deal like this, and though tessellation gains are nice, as are the additional ports on the back, for people who care about straight-out performance, this card wins the $150 battle.

Sorry for doubting you, Sapphire.