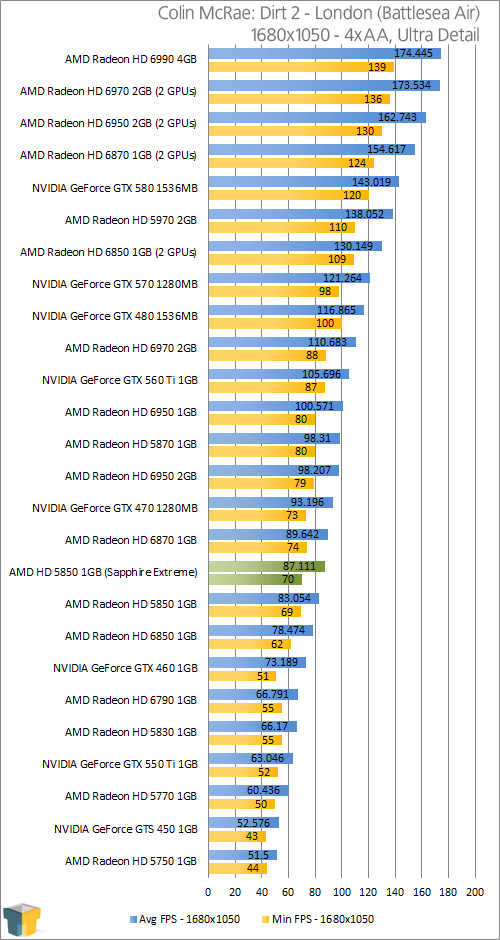 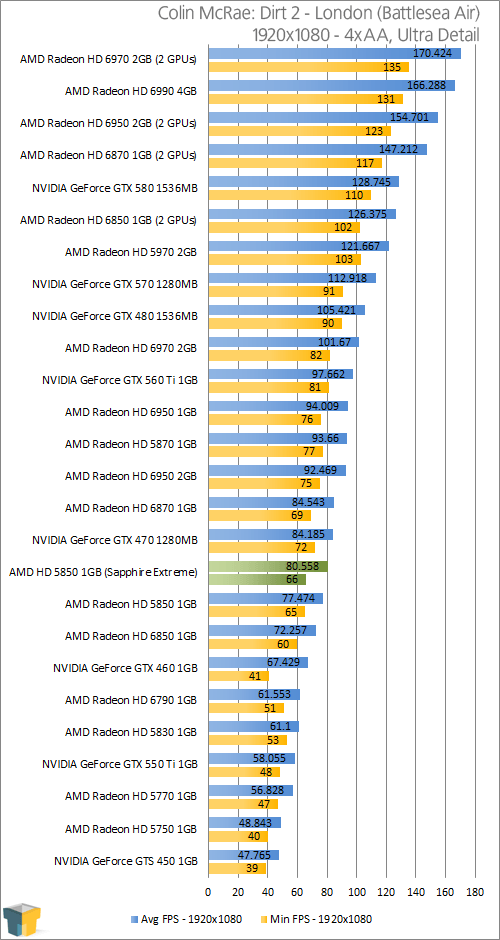 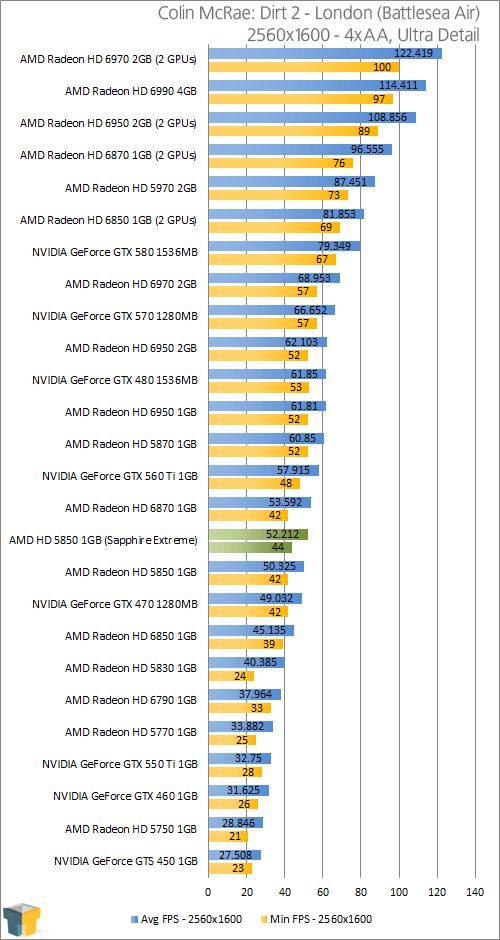 Sapphire might have a possible winner here if these kinds of results keep up. With recent driver improvements, the HD 5850 is made quite a bit faster than the HD 6850, but remains a bit cheaper, and compared to the equally-priced HD 6790 and GeForce GTX 550 Ti, Sapphire’s card comes out well ahead.

Let’s see if this trend continues.