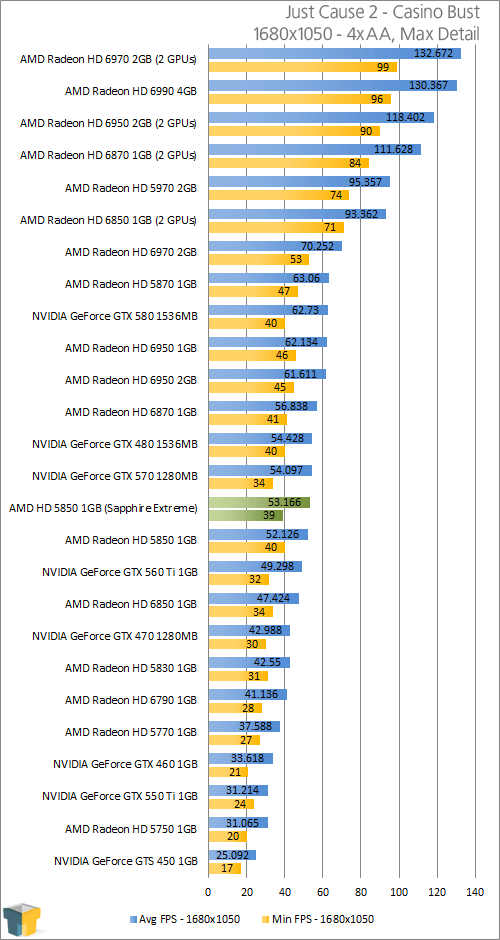 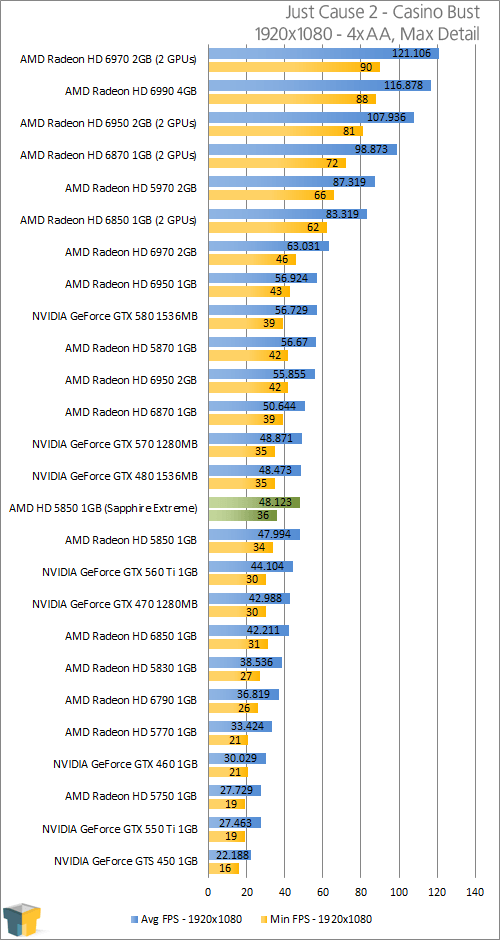 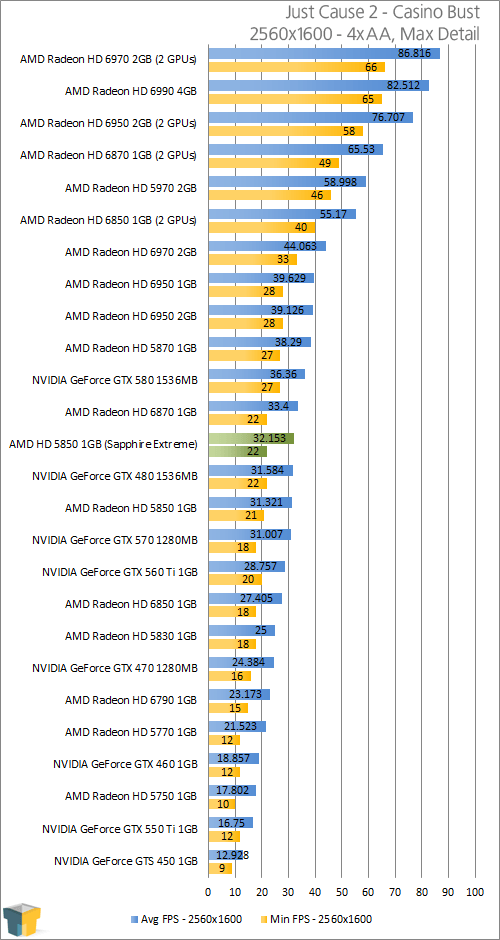 The gains compared to the originally-benchmarked HD 5850 are minor, but once again comparing the Xtreme to the HD 6790, HD 6850 and GTX 550 Ti… Sapphire’s card is without question, the most impressive of the bunch.