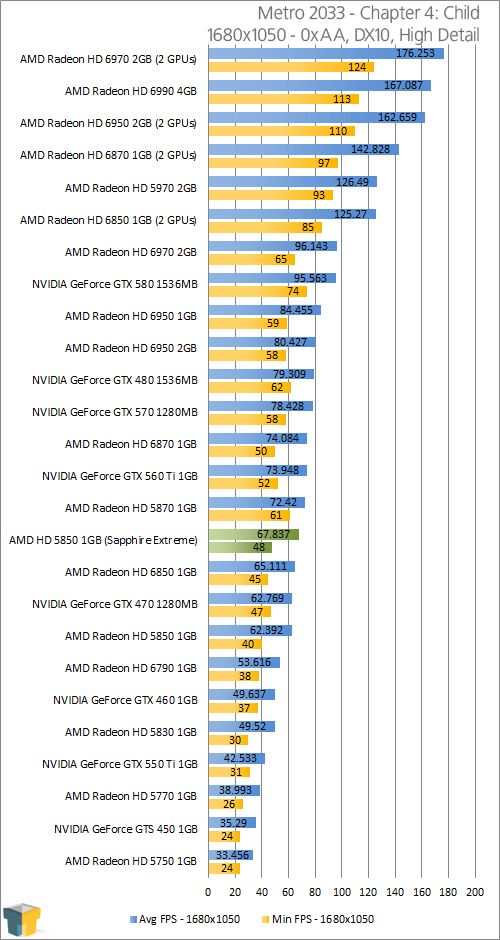 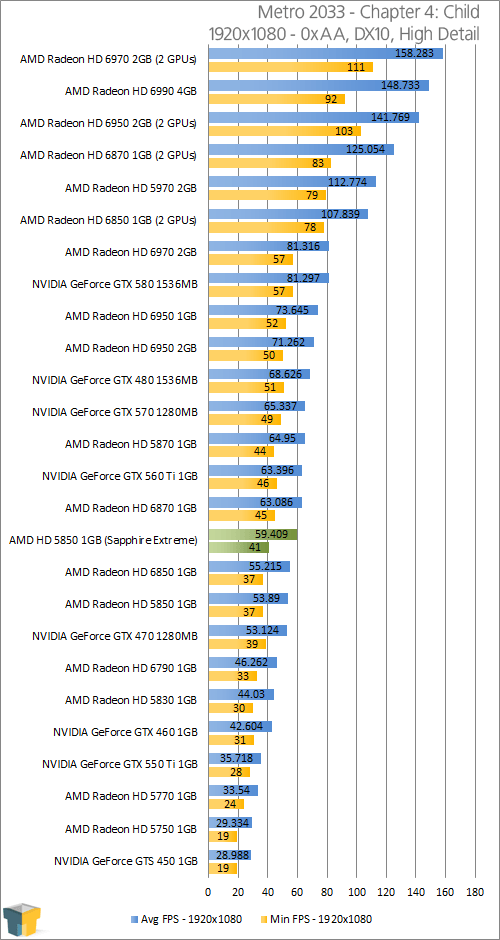 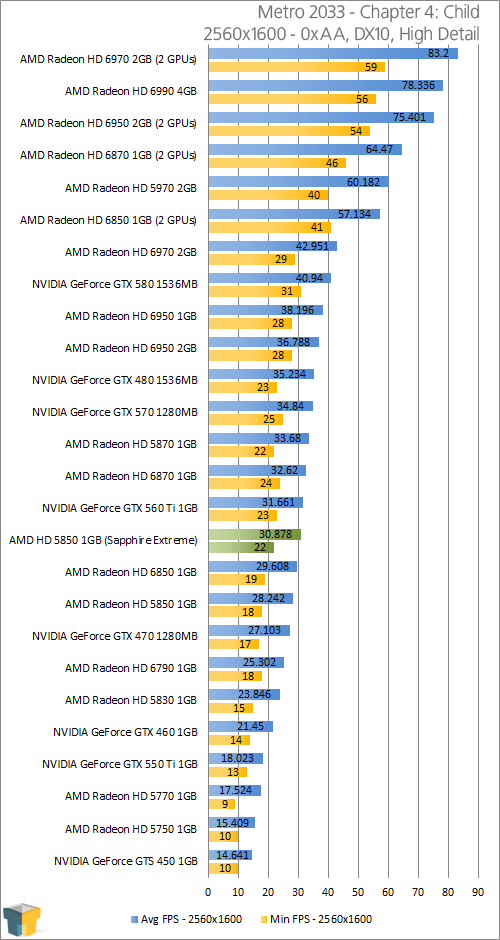 Thanks to recent driver improvements that have targeted Metro 2033, the HD 5850 is about 6 FPS faster than it was a couple of months ago, at 1080p resolution. That pushes it a fair bit past the HD 6850, and likewise, even further ahead of the other similarly-priced options.