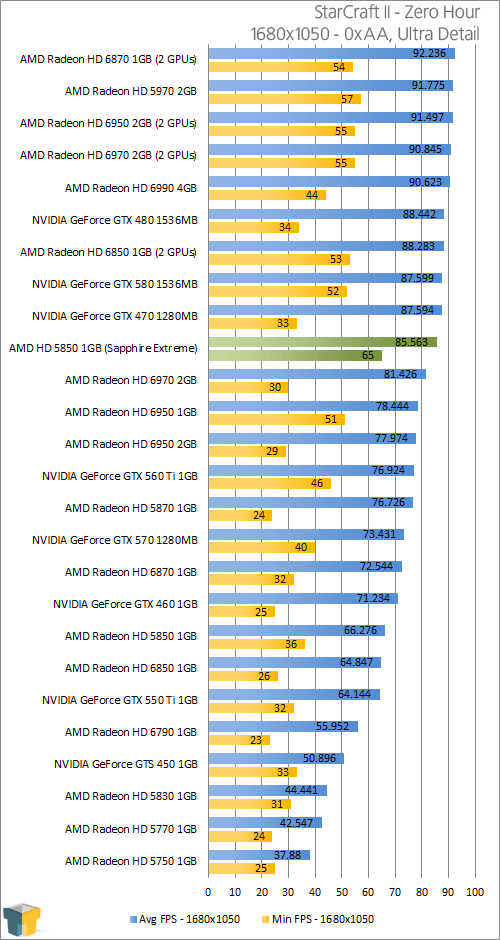 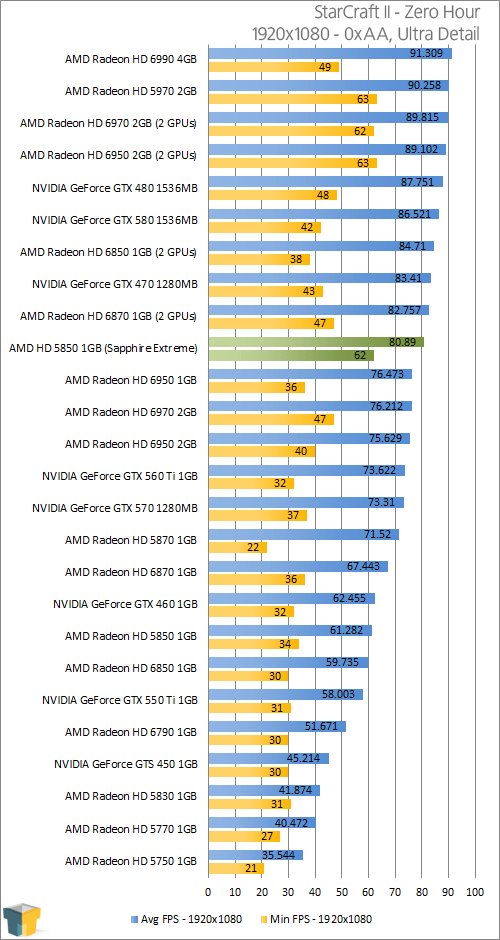 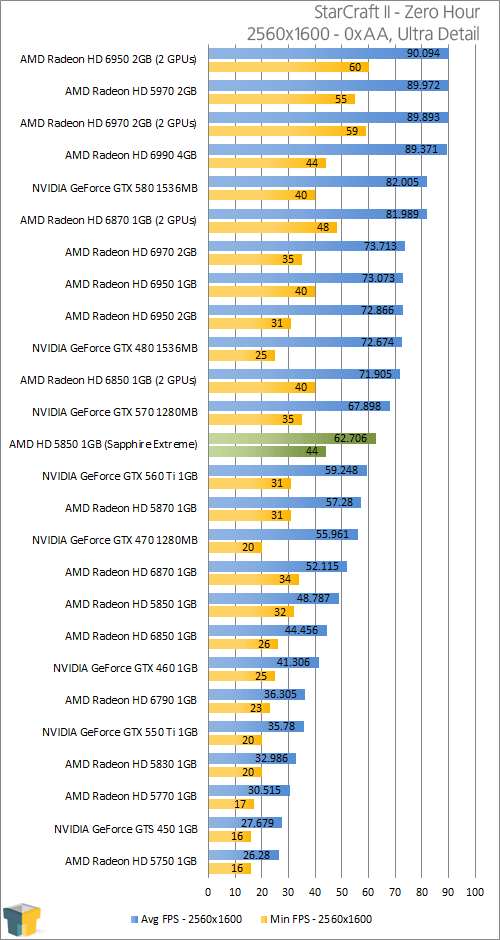 I dislike StarCraft II more as a benchmark the more I use it, but even with its sporadic minimum frame rates, Sapphire’s card still surpassed the other cards in its price-range – and even surpassed the $230 GTX 560 Ti. Given the major boost between the last time we benched the HD 5850 and now, it’s clear that AMD has made some major improvements in its driver… the gain is much more stark than in the other games we’ve tested.