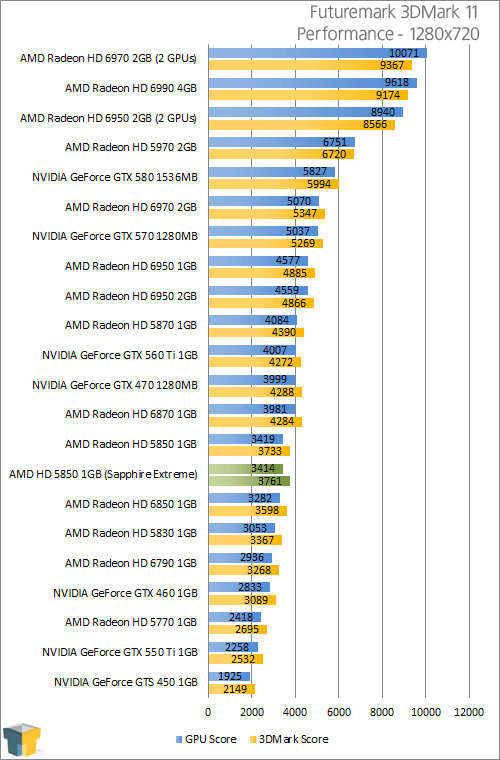 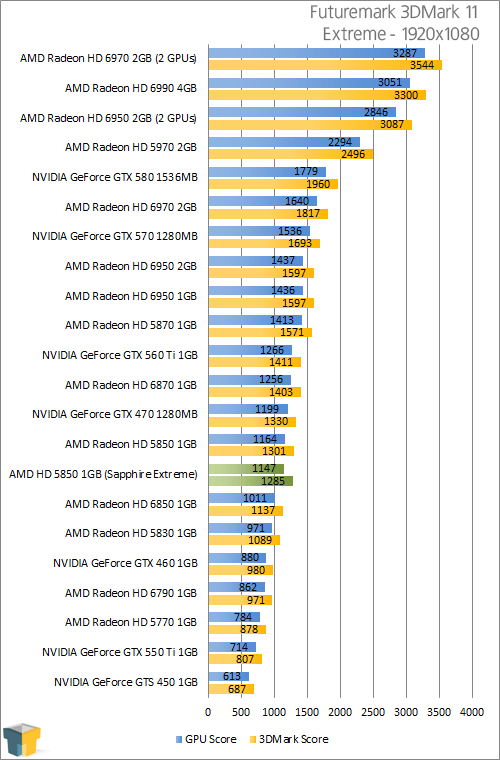 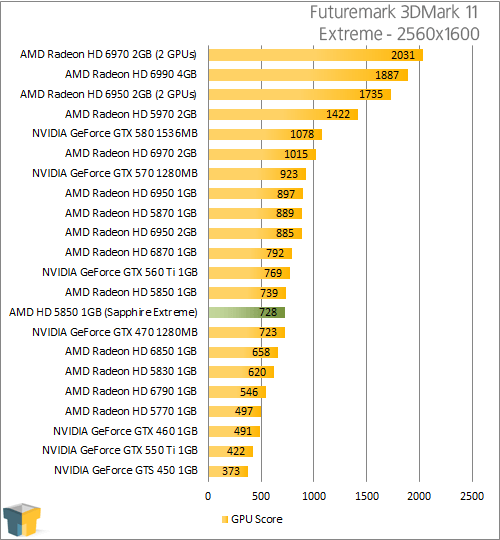 3DMark 11 goes ahead and backs up the same results we’ve see throughout the rest of our review so far. Sapphire’s Xtreme card is faster than all of its $150 competition, and by a fair margin.