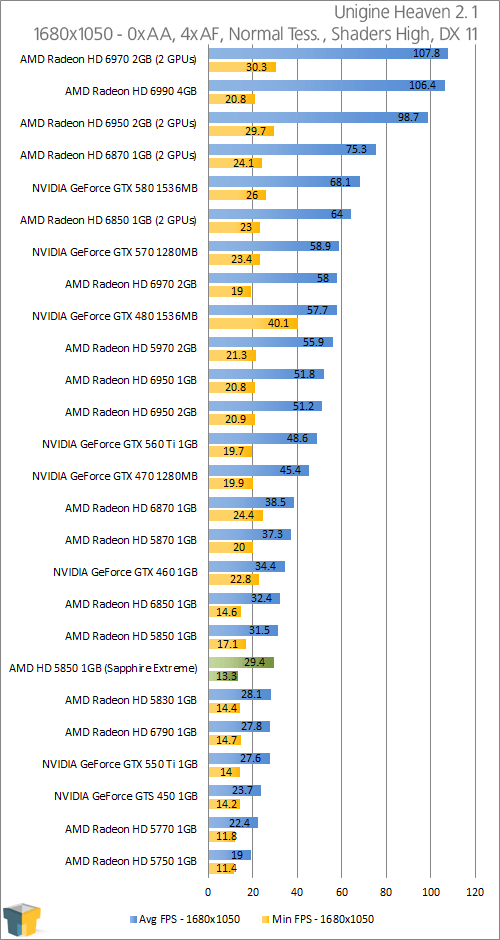 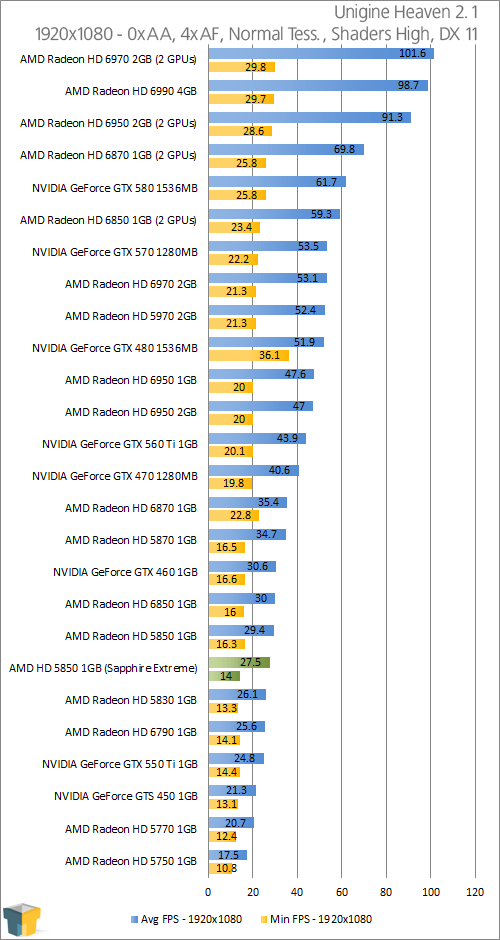 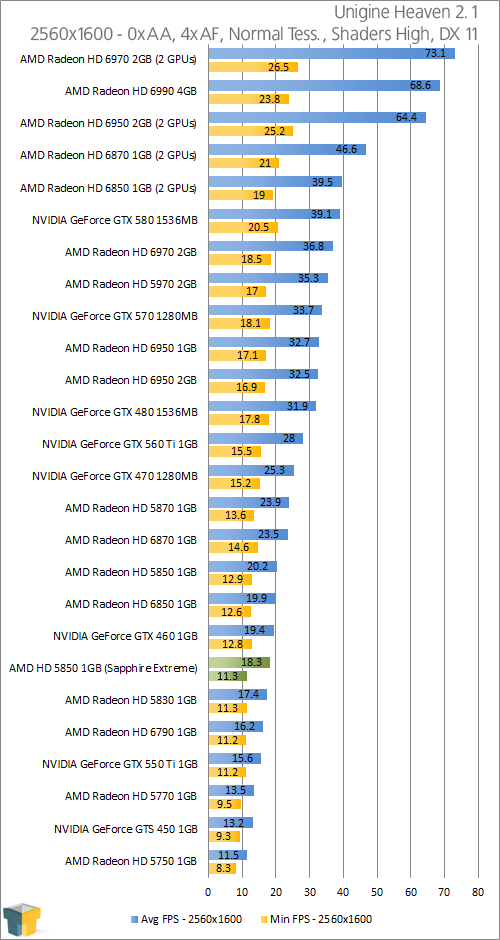 A ha! We finally run into a test where we can see the HD 5850 falling short of the HD 6850. With AMD’s HD 6000 series, major considerations were taken with regards to tessellation performance, and the results of that work are made evident here. But, compared to the HD 6790 and GTX 550 Ti, the Xtreme still comes out well ahead.