Sapphire’s Vapor-X, as mentioned in the intro, is clocked a wee bit above reference. And I do mean just a “wee bit”. The reference clocks are 850MHz/1200MHz, while the Vapor-X’s is 870MHz/1250MHz. So with such a minor overclock, and superb GPU cooler, it could be assumed that we could push the card quite a bit further. But… not so much. The overclocking utility that’s bundled with ATI’s control center, Overdrive, is needlessly restrictive, as it disallows us to go higher than 900MHz/1300MHz. So, not surprisingly, that proved to be our max stable overclock. 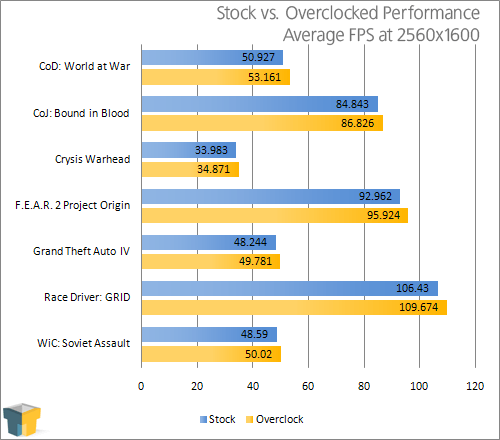 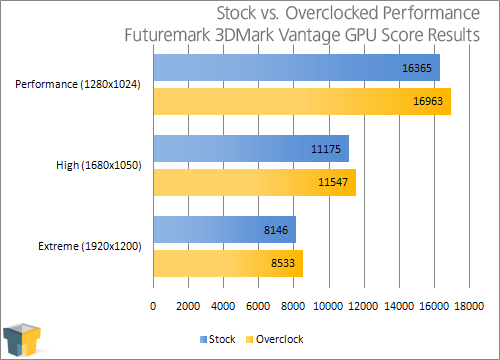 I have never found a GPU overclock that I considered useful, but the gains here aren’t too bad given the minor bump in frequencies we made. But, whether or not these minor gains are worth the extra stress and heat (both equally as minor) is up to you. The Vapor-X card is unbelievably fast even with its “stock” clocks, so as whole, the need to overclock the card doesn’t exist. My opinion on that would change if ATI’s control center would allow us to go higher than 900MHz/1300MHz. I really hope to see ATI loosen its restrictions there in the future, as NVIDIA cards (using non-NVIDIA tools) have virtually no limit.