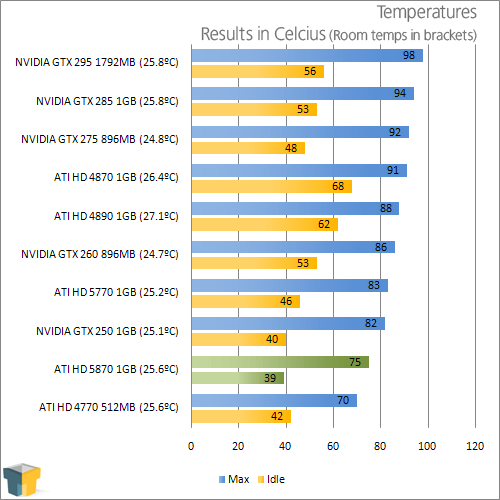 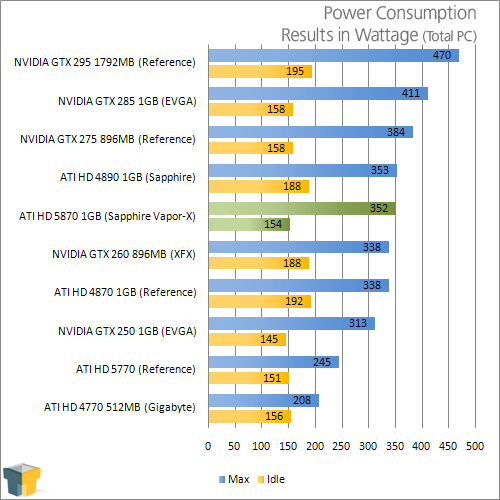 From a temperature standpoint, the Vapor-X excels. In fact, despite being immensely more powerful, it’s cooler than NVIDIA’s GTS 250, and just a wee bit hotter than the HD 4770. On the power side, once again, the HD 5870 is far more powerful than the HD 4890, yet uses 1W less on average at full load. Where the card really shines, though, is in its idle power, which is a full 34W less than the HD 4890.