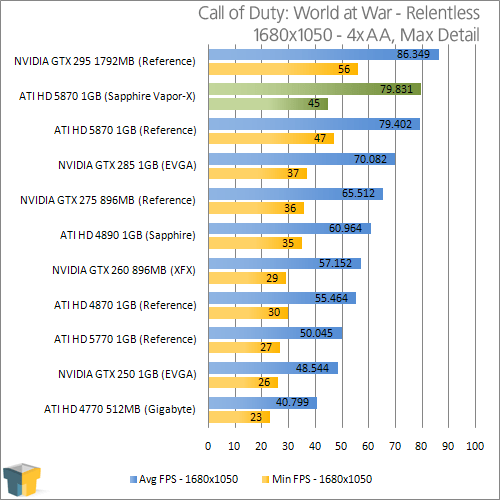 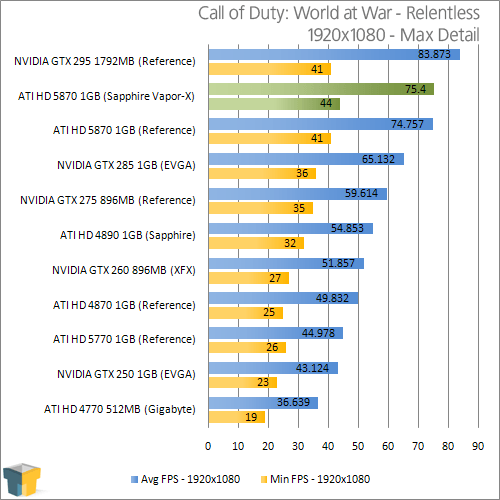 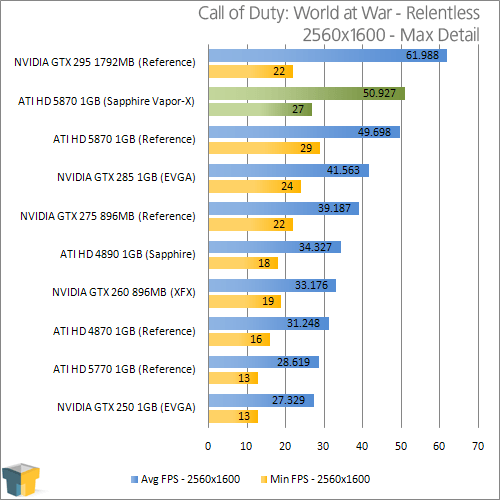 Except where the dual-GPU GeForce GTX 295 is concerned, the HD 5870 is the undeniable champion, with the Vapor-X boosting the performance up a smidgen overall compared to the reference card.

As gorgeous as World at War may be, it runs absolutely flawlessly at our maxed settings with 4x anti-aliasing. Aside from the GTX 295, the HD 5870 Vapor-X is the first card we’ve tested to break the 50FPS barrier, although the reference-clocked version comes incredibly close.