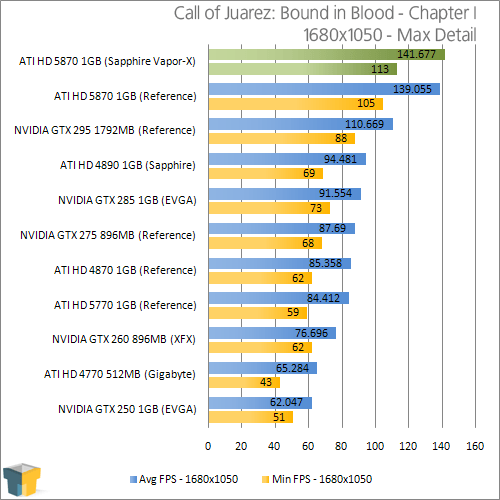 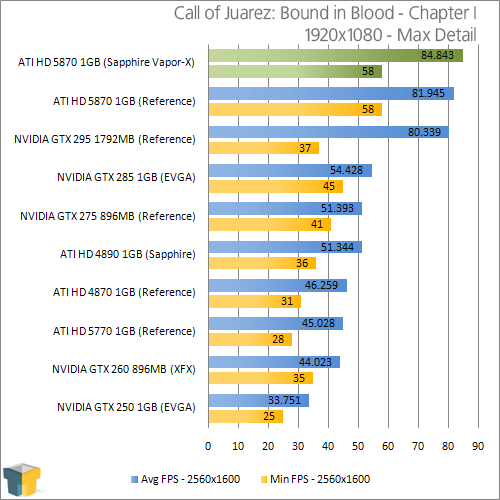 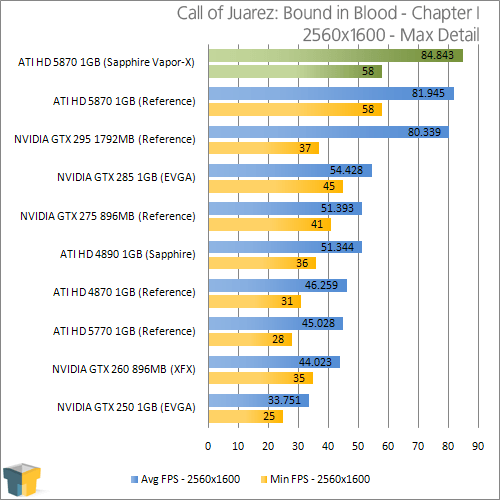 Despite the fact that CoJ: Bound in Blood has fantastic graphics, it doesn’t require a powerhouse machine like certain other titles do (Crysis) to look good, and as a result, running the game with 4xAA at our top-end resolution of 2560×1600 delivered outstanding performance.