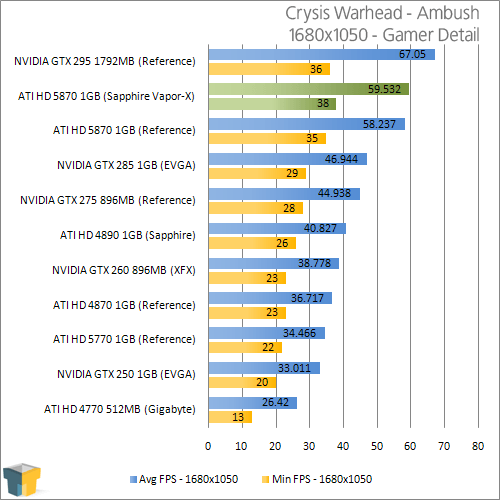 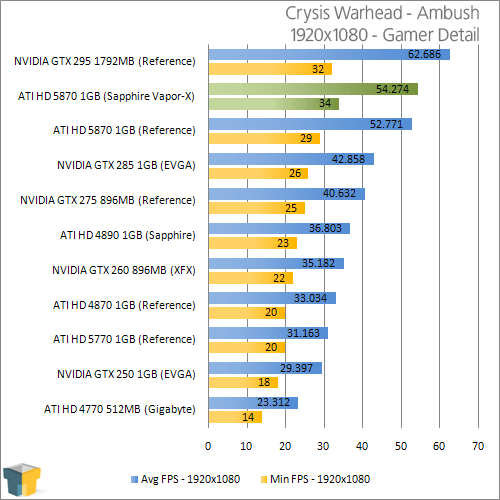 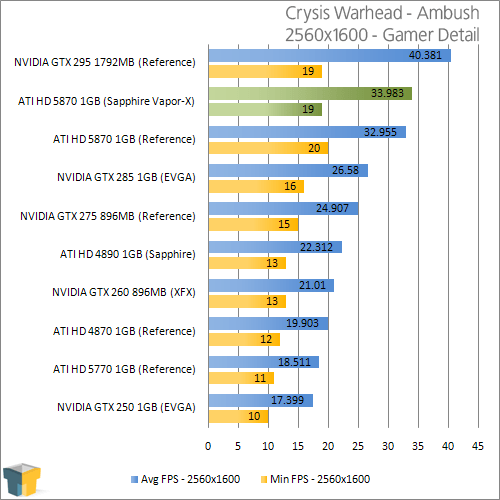 If there’s doubt that the HD 5870 is the best single-GPU card currently on the market, the charts above can pretty much clear it up. The HD 5870 becomes the first card to surpass 30 FPS in this particular title at 2560×1600, with the only other card to ever manage that being the GTX 295.

The problem with Crysis, is that despite what kind of computer you own, it never seems to run “perfect”. But as I’ve tested the game (and its original) over the past few years, I’ve come to the conclusion that 30 FPS is a good “minimum” average FPS, as at that point, the game is actually rather smooth, and any dips below it aren’t all too noticeable. So in this instance, the HD 5870 becomes the second GPU, aside from the dual-GPU GTX 295, that earns its best playable setting with the Gamer profile.