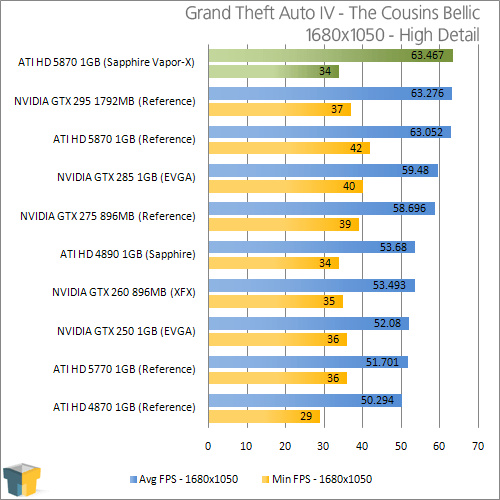 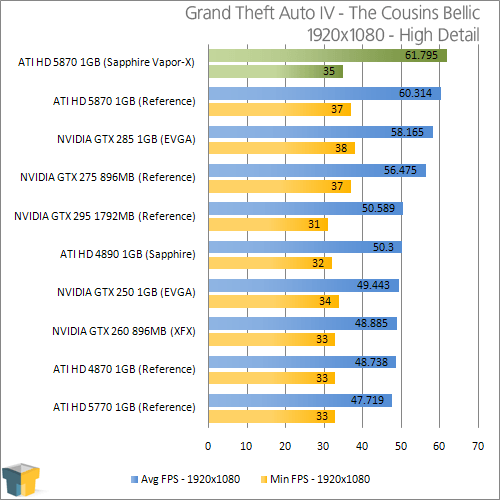 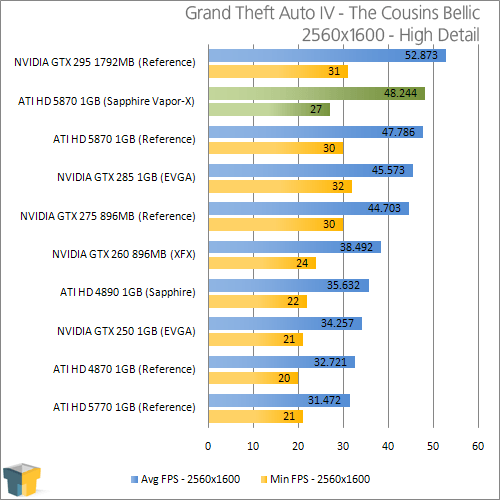 Once again, the HD 5870 matches the ranks of the GTX 295 as a card capable of handling detail settings above what we use in our above 2560×1600 test. We bumped up two of the detail settings to Very High, from High, and still retained great framerates.