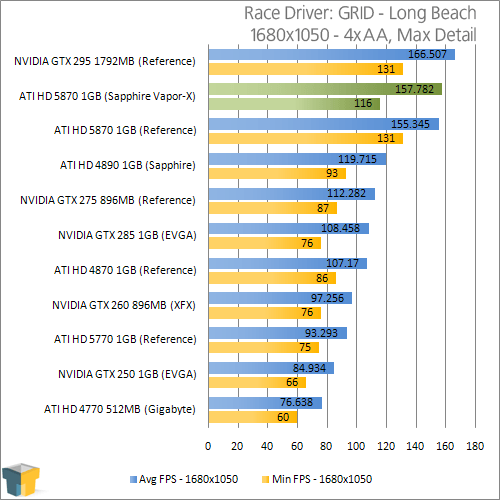 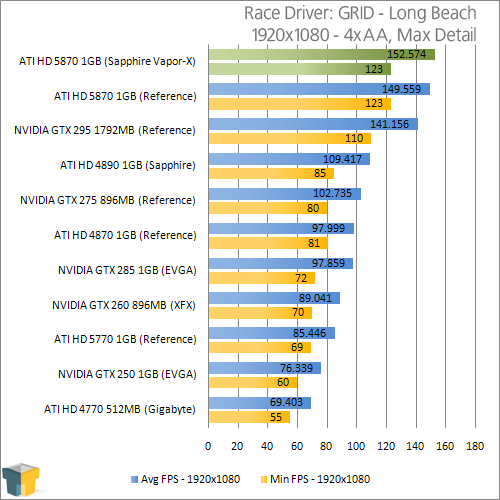 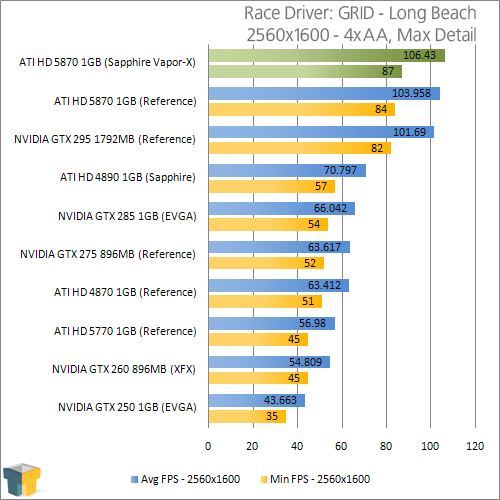 Both the reference-clocked and Vapor-X cards really strut their stuff here, offering incredible performance at any resolution. When a card can deliver over 100 FPS at top settings in a game as great-looking as GRID, you know it’s a quality card.

I had high hopes that the HD 5870 would be the first card to handle GRID at 8xAA, but thanks to the fact that the game is seemingly buggy when using that setting, we were forced to stick with 4xAA. Fortunately, when you are driving at over 100MPH, the need for ultra-high AA becomes less important.