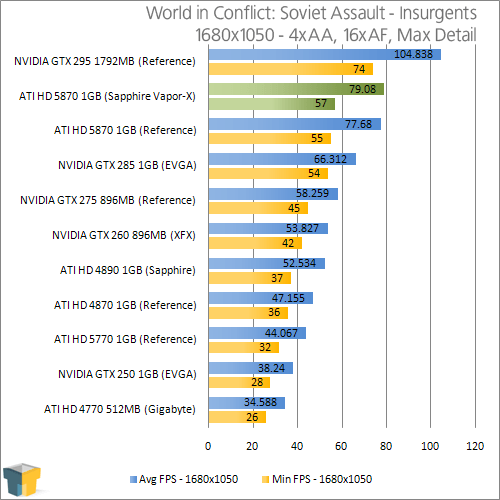 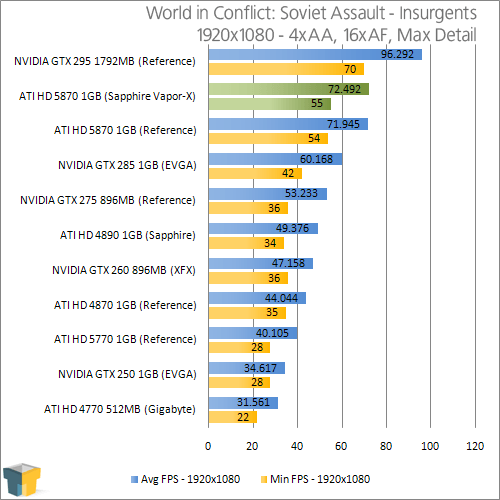 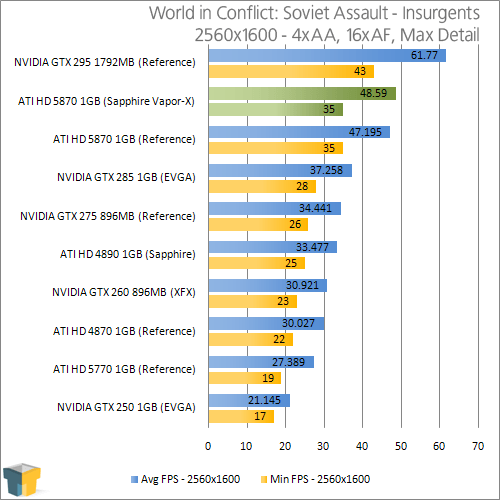 The performance shown above isn’t too much of a surprise given the ongoing theme, but surprisingly, the GTX 295 truly excels here, likely thanks to the fact that it has near 2GB worth of GDDR to deal with, as performance-wise, the HD 5870 should theoretically beat it.

In another first, the HD 5870 is the first single-GPU card to pass our grade at the game’s top settings with 4xAA. The GTX 295 managed 8xAA with an even higher average FPS, but that card still remains a poor choice at current time for various reasons (namely, the price, at $500).