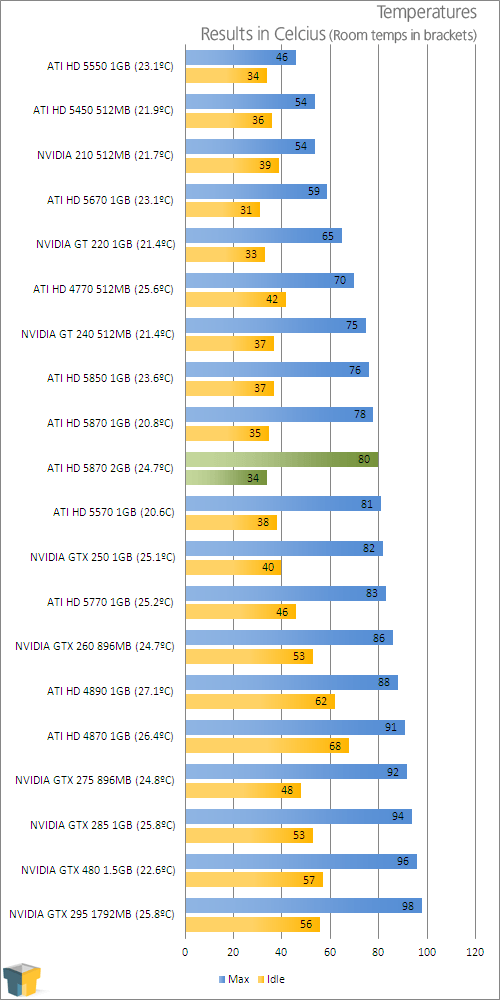 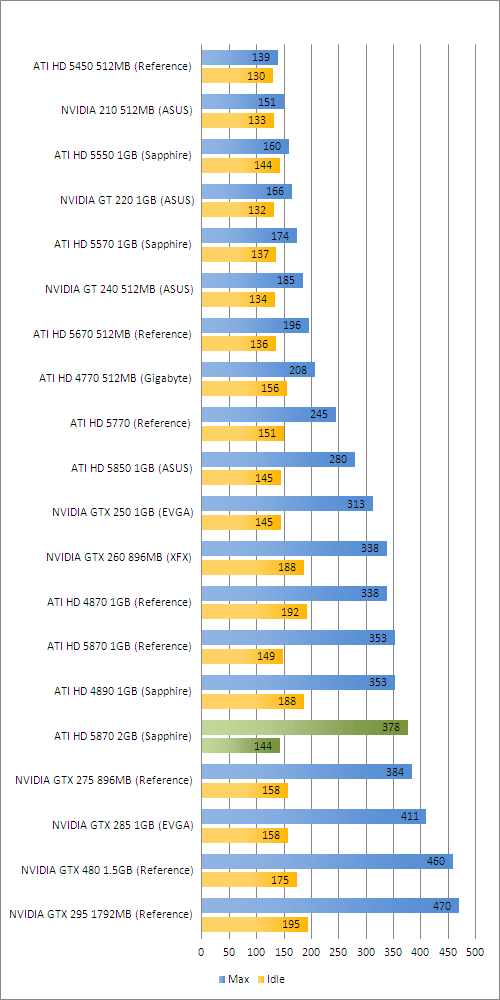 For temperatures, the 2GB card proved to be just a wee bit hotter, but that could have been compounded by the fact that the room temperature was 4°C warmer (unfortunately) as well. For power, the card happened to use less power at idle, but +24W at full load, which is shared between the boosted clocks and extra memory.