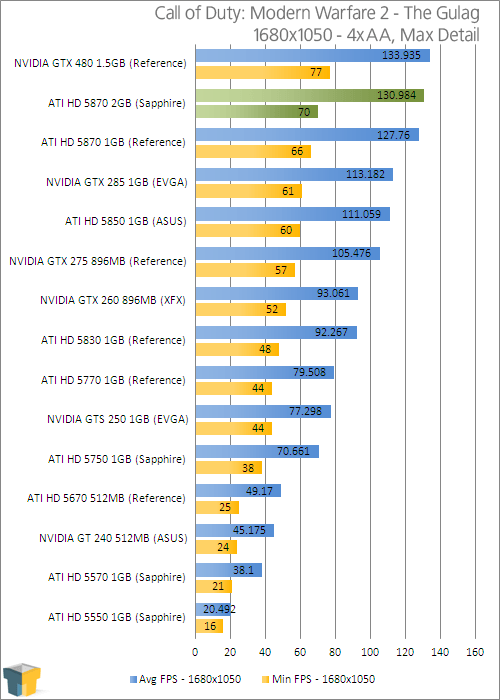 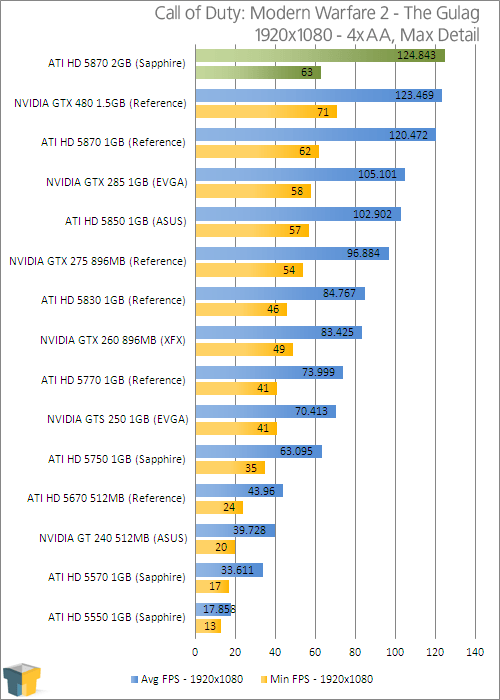 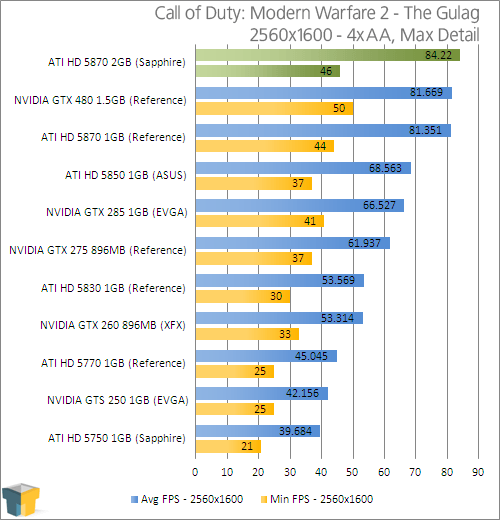 So far, there are obvious gains, but I’d attribute those to the pre-overclock that the card has long before the extra memory.

Modern Warfare 2 may be a great-looking game, but it’s not quite as intensive on today’s PC as we’d like. As it is, the card can handle the game at maxed-out detail settings without issue.