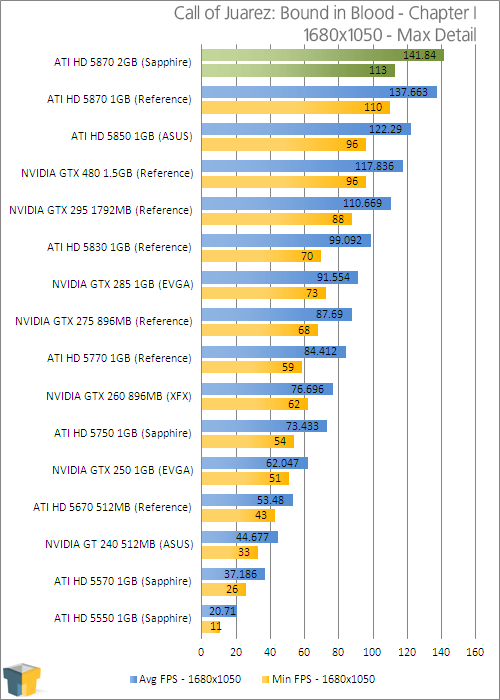 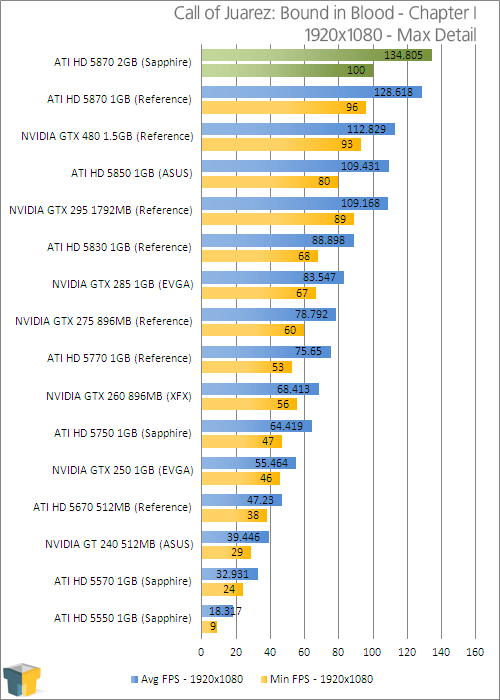 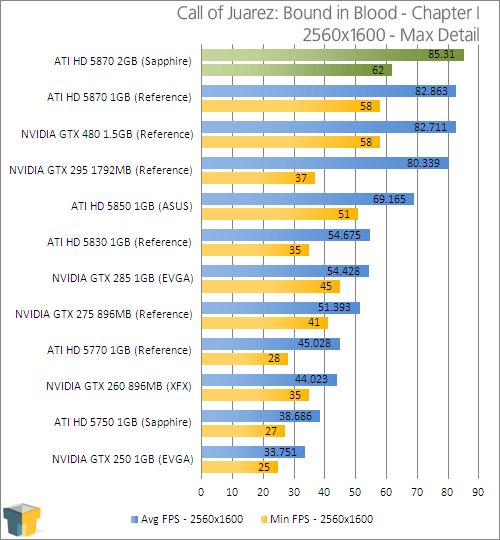 There’s not much to be surprised about here. Bound in Blood caters to ATI cards to a small degree, but that’s enough to help Sapphire’s pre-overclocked card soar past the GTX 480 and of course a stock-clocked HD 5870.

Like Modern Warfare 2, this game isn’t too intensive in the grand scheme, so we once again were able to max out the graphics all-around and retain sweet framerates.