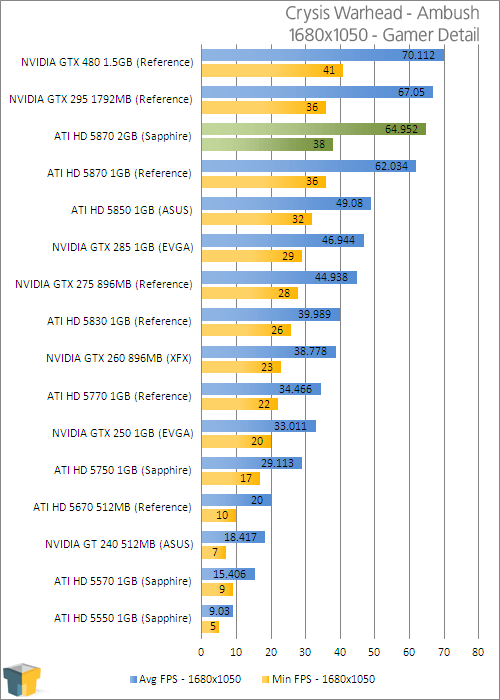 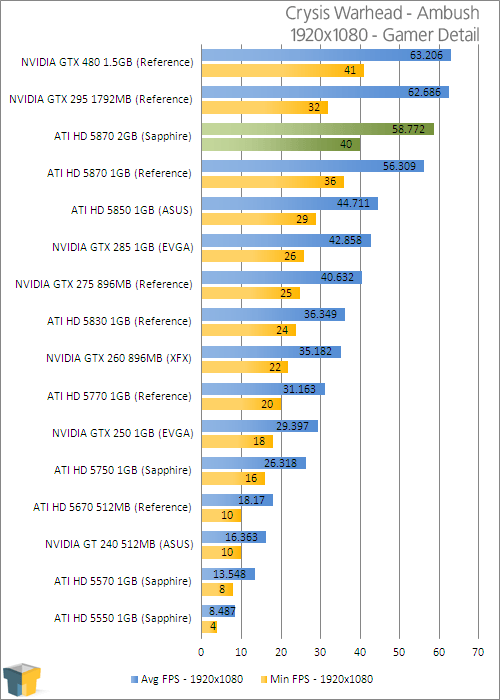 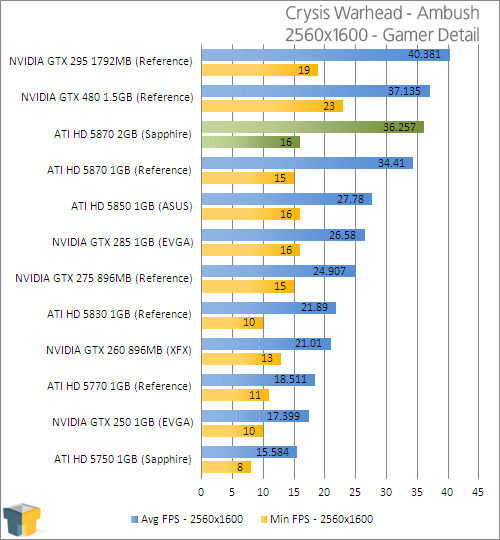 The extra brawn that is the pre-overclock wasn’t enough to help the card pass NVIDIA’s GTX 480, but it came very, very close, especially at 2560×1600.

For a first-person shooter, 30 FPS tends to be a minimum, and that’s really no exception here. But as there is such a nice improvement in detail from Mainstream to Gamer, we feel that sacrificing some extra framerates is worth it, as we still have a very playable game.