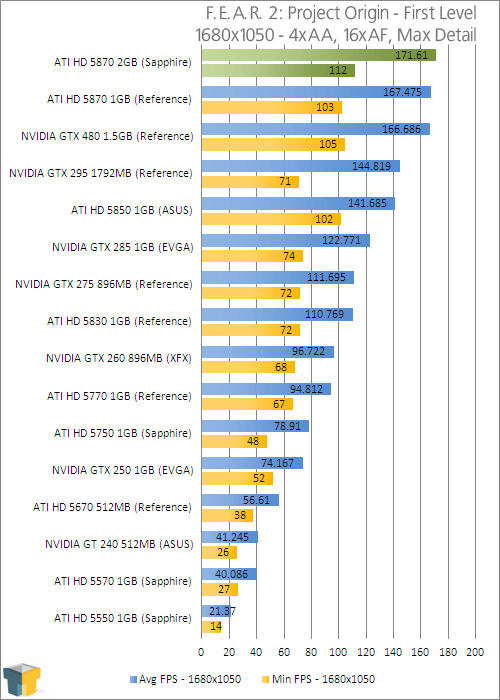 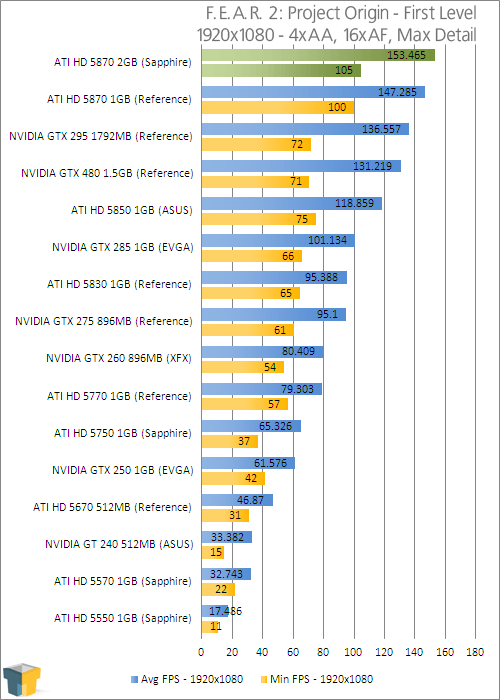 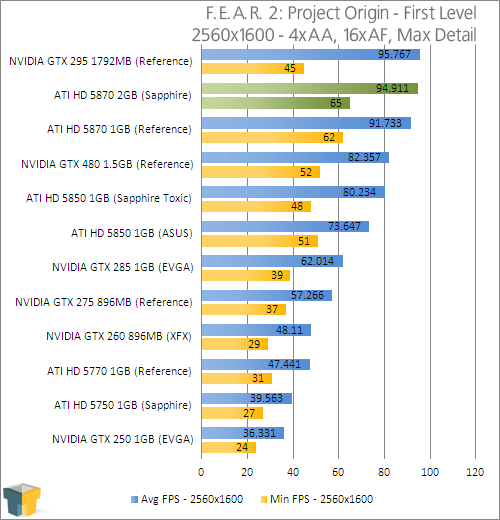 The Vapor-X once again dominates the charts… except at 2560×1600, where the GTX 295 just inches past it. I think I could speak for almost everyone when I say that the far improved power consumption and temperatures of the HD 5870 is worth losing a frame or two, especially when we’re dealing with numbers in the 90’s.