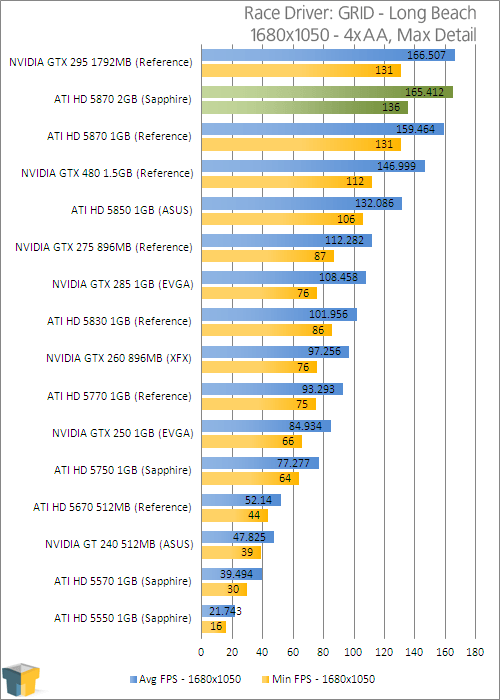 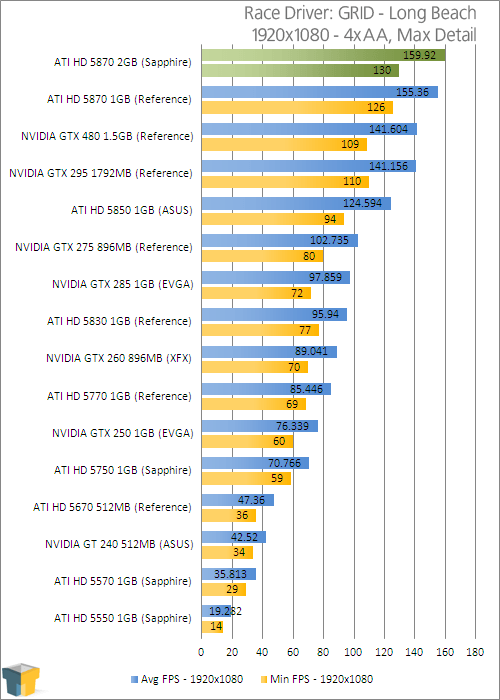 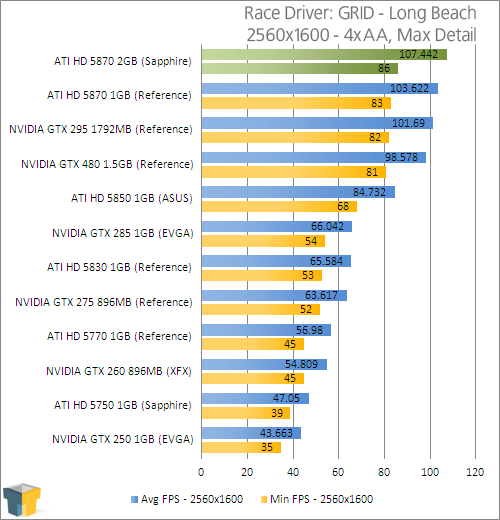 Both the reference-clocked and Vapor-X cards really strut their stuff here, offering incredible performance at any resolution. When a card can deliver over 100 FPS at top settings in a game as great-looking as GRID, you know it’s a quality card.

GRID is still a good-looking game, but it’s getting old in the tooth, and it will be dropped from our suite soon, as pretty-well any current graphics card will deliver really good performance even at max detail settings.