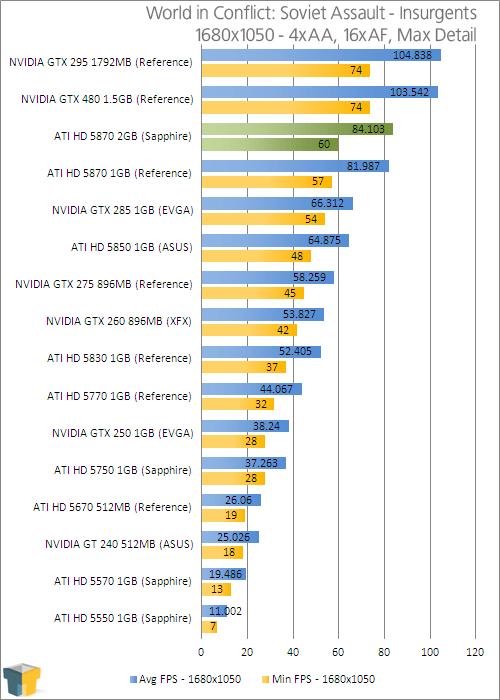 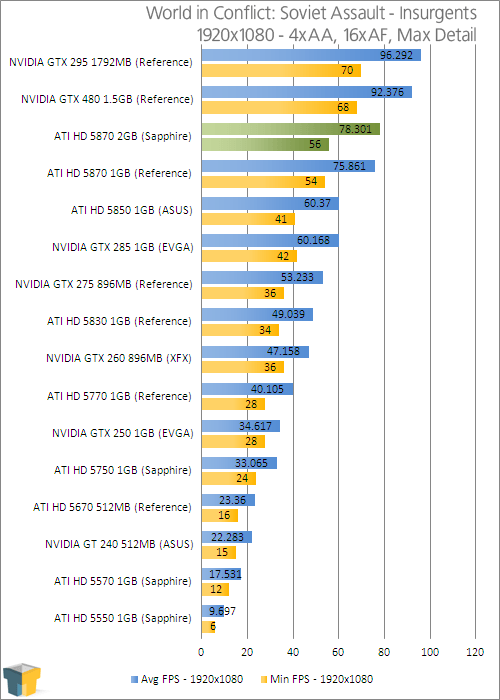 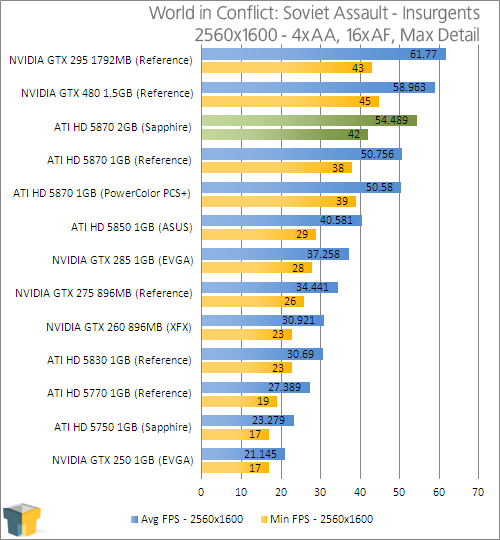 NVIDIA’s highest-end cards perform well here, so AMD is left behind. Not by far, but it’s still quite measurable.

World in Conflict is pretty friendly when it comes to anti-aliasing, so here we were able to crank things up to 8xAA and hardly lose any performance. Just the way we like it.