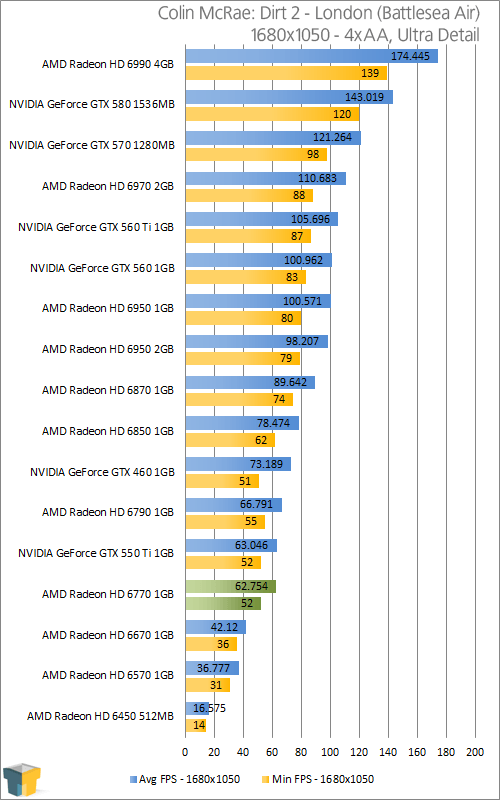 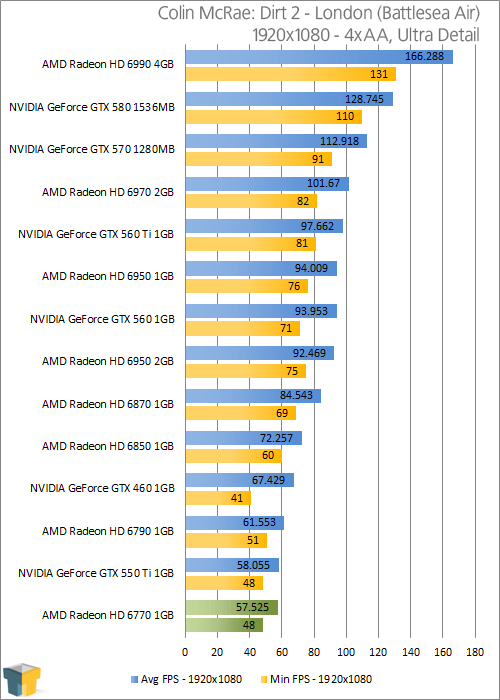 Given the beefier memory bus of the HD 6790, the performance of the HD 6770 is quite impressive. I honestly expected to see a higher delta here, and this a game that does tend to scale exceptionally well with Radeon cards. Let’s see if the rest of our line-up shows similar results.