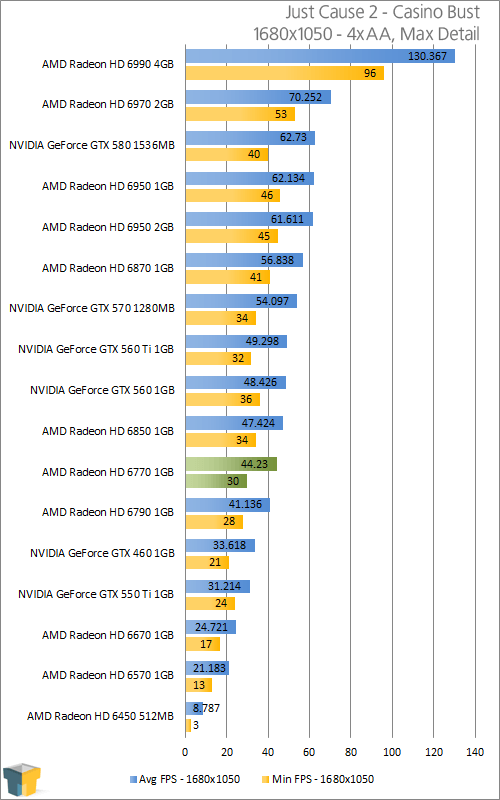 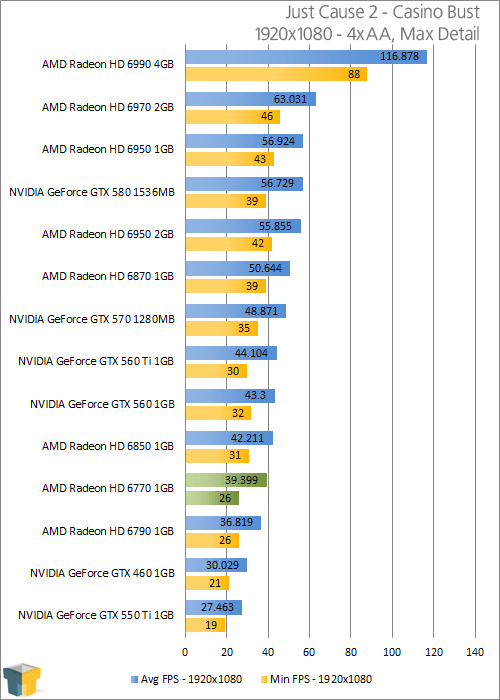 The HD 6770 continues to perform well, and has in fact surpassed the technologically more impressive HD 6790. There must have been some wicked tweaks made in very recent Radeon drivers for this to happen, given the results from the HD 6790 were acquired just three months ago.