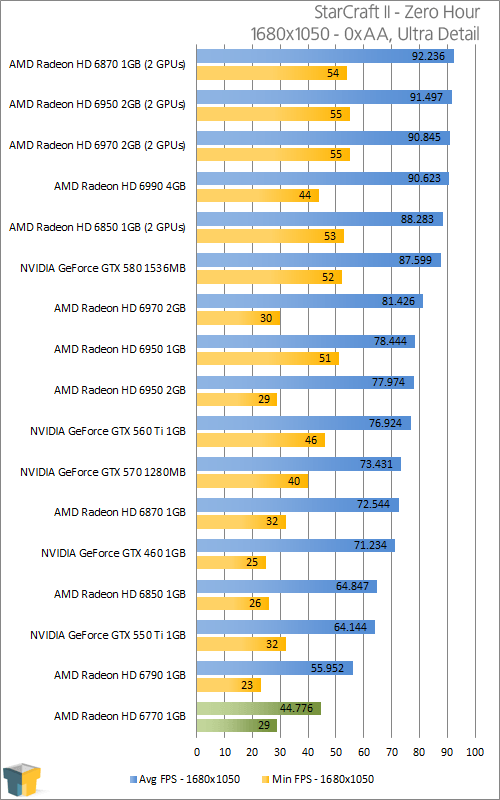 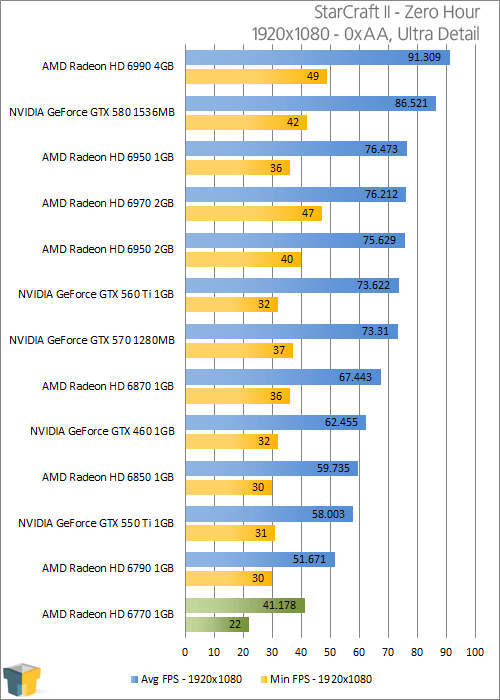 It appears that StarCraft II, like Metro 2033, is also memory bottlenecked, as the HD 6790 delivers at least 10 FPS more at both of these resolutions.