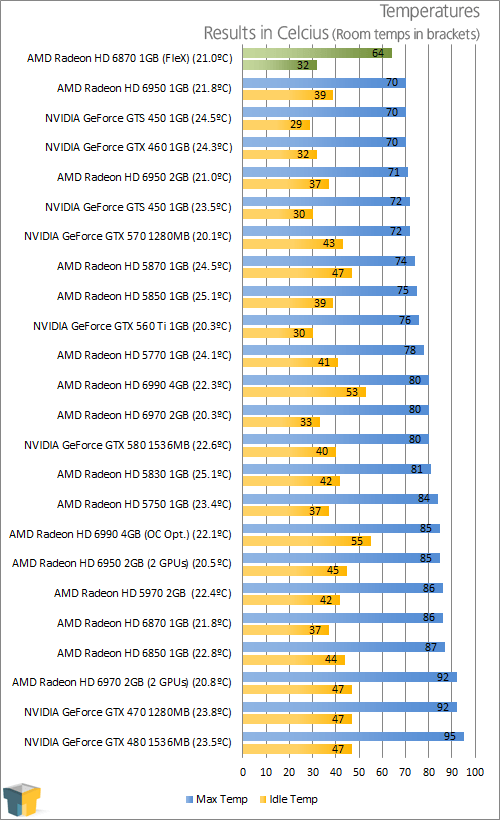 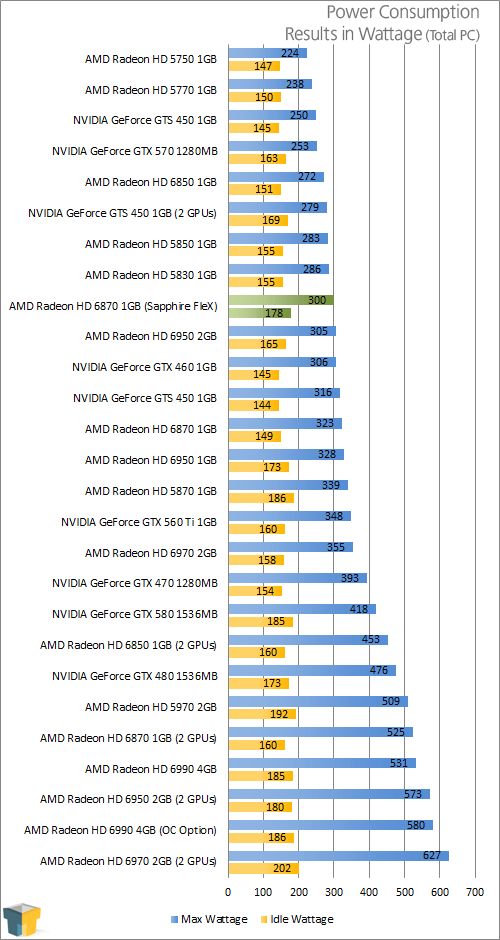 Compared to Sapphire’s own Vapor-X (which had 36°C idle and 63°C load), the FleX decreases the idle by 4°C, and increased the load by a mere 1°C. Power-wise, the FleX draws a bit more power at load than the reference HD 6870, but lessens the load draw by 23W.