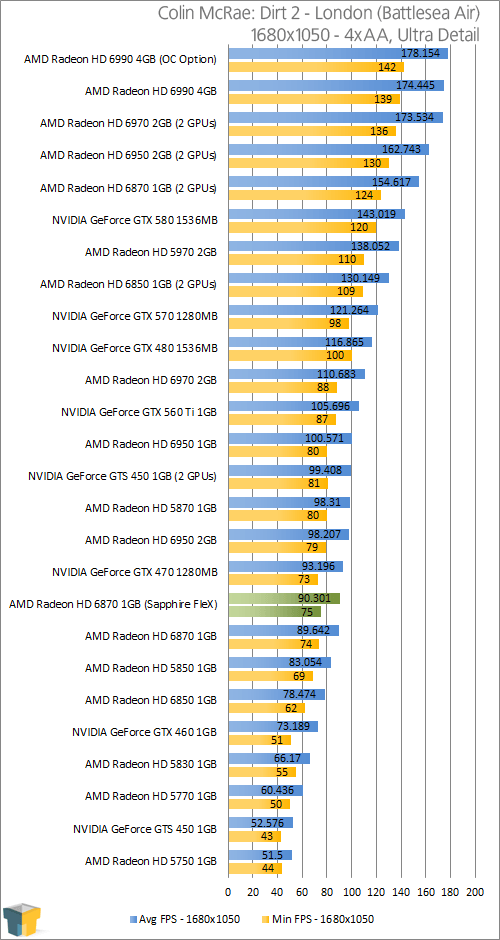 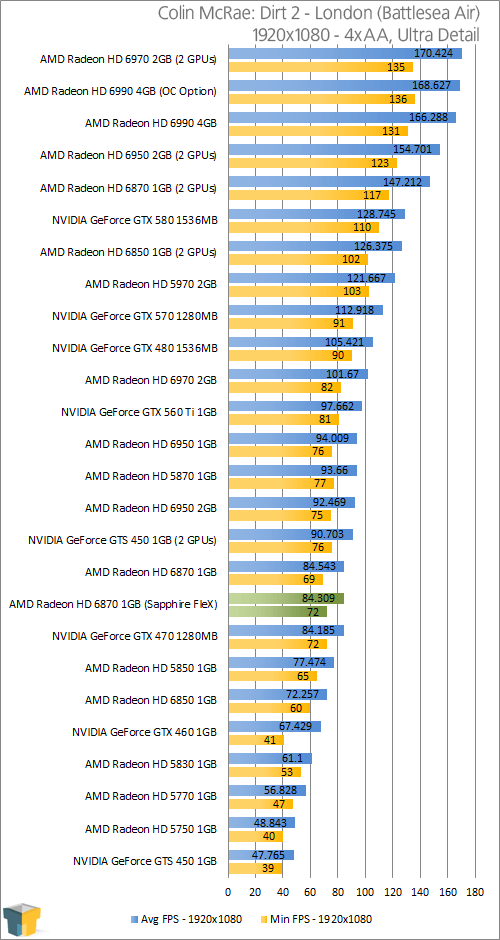 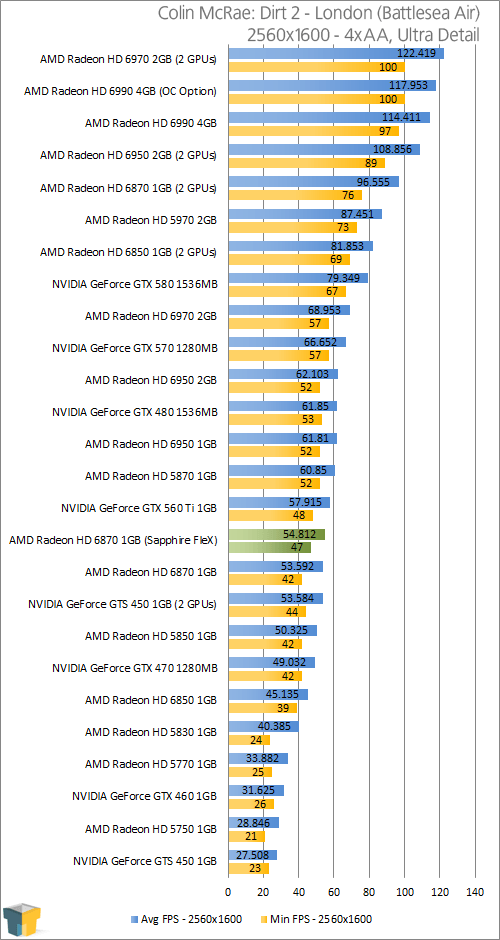 Given that we’re doing our testing with a current Catalyst beta (11.4), which is about four-and-a-half months newer than the driver we used to originally tested the HD 6870 for our launch article, Dirt 2 performance has largely remained in tact. Not that we’re complaining… 55 FPS at 2560×1600 with maxed-out details? Who’s to complain?