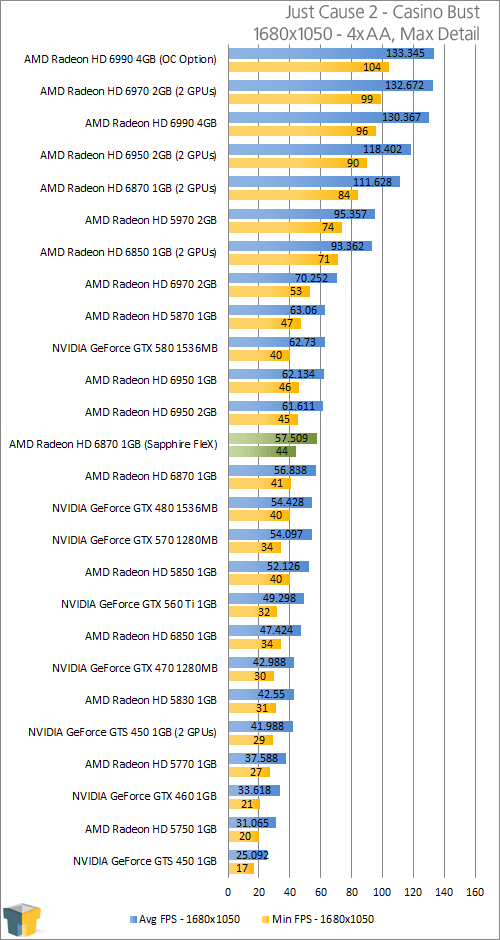 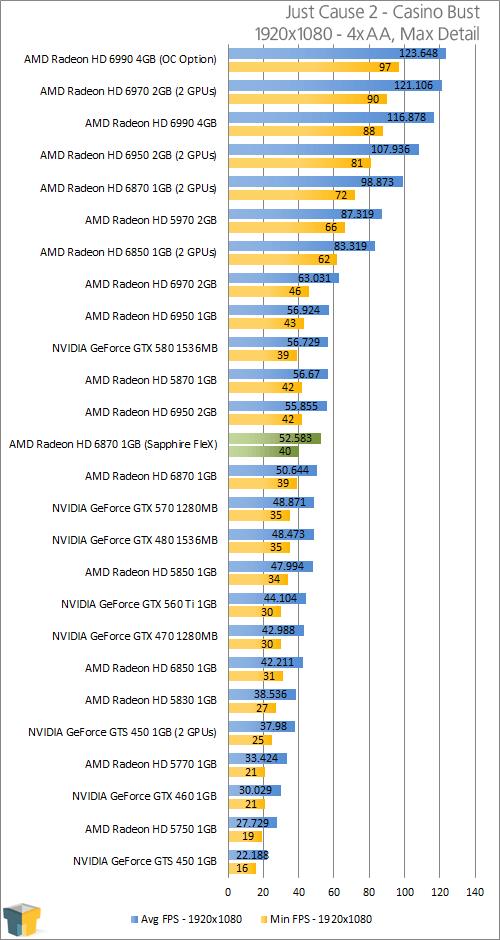 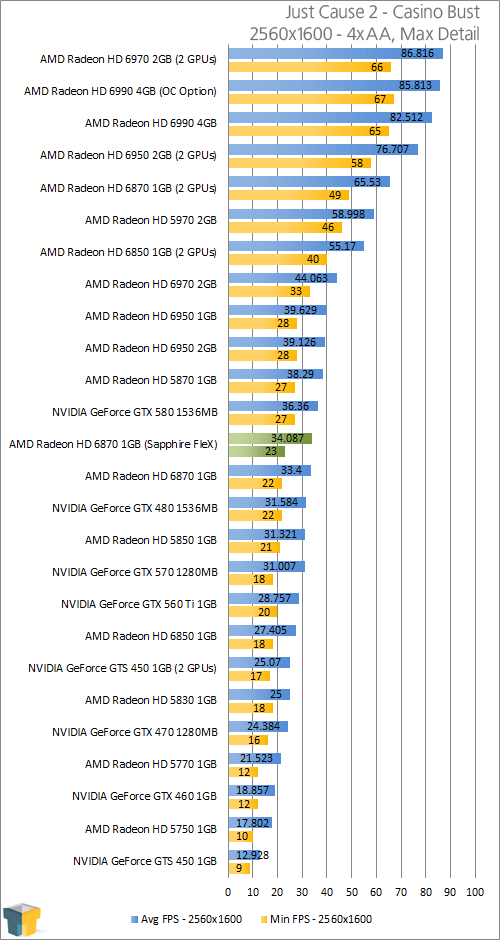 Although we saw next-to-nothing for gains with the latest Catalyst driver in Dirt 2, it does look like we’ve gained a bit of performance in Just Cause 2. And I do mean “a bit”, as the gains we saw hardly even look that impressive on paper.