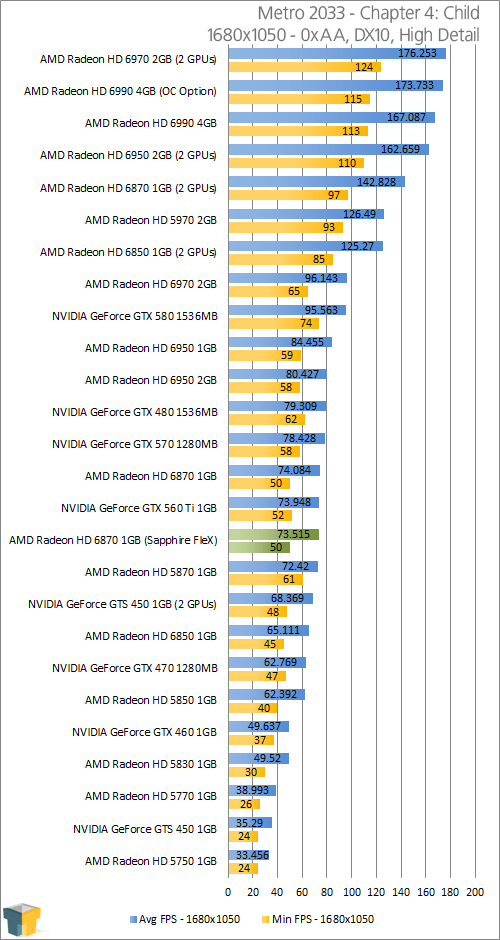 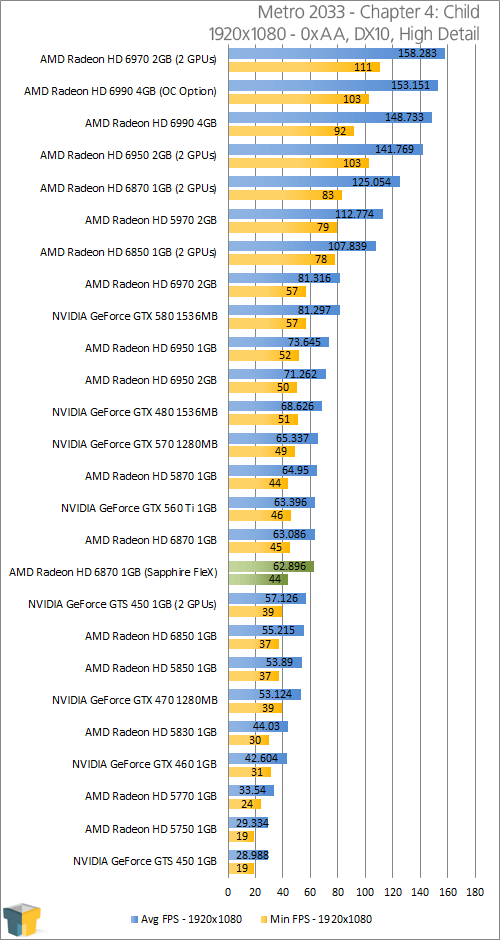 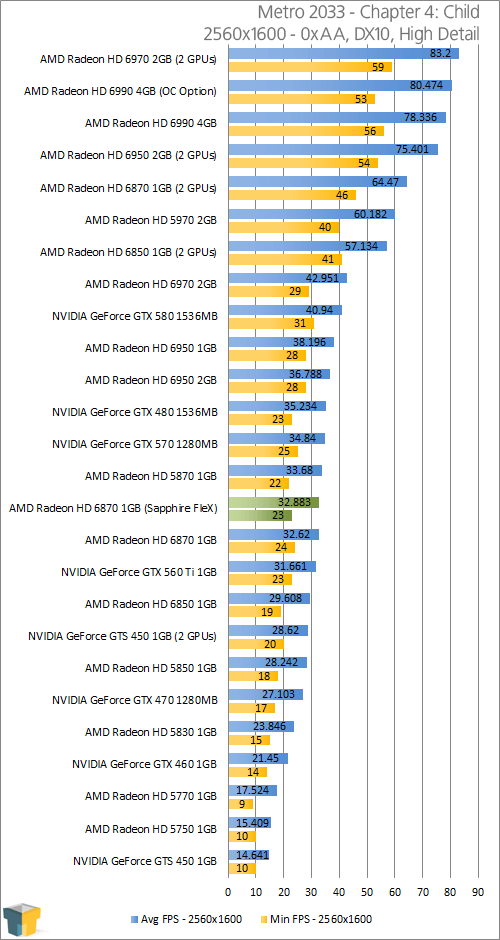 Overall, our benching results with the FleX using the 11.4 drivers are about on par with the results from the reference card using the current drivers at the time. Great performance overall, especially given Metro 2033 is about as intensive on a PC as Crysis was when it was first released.