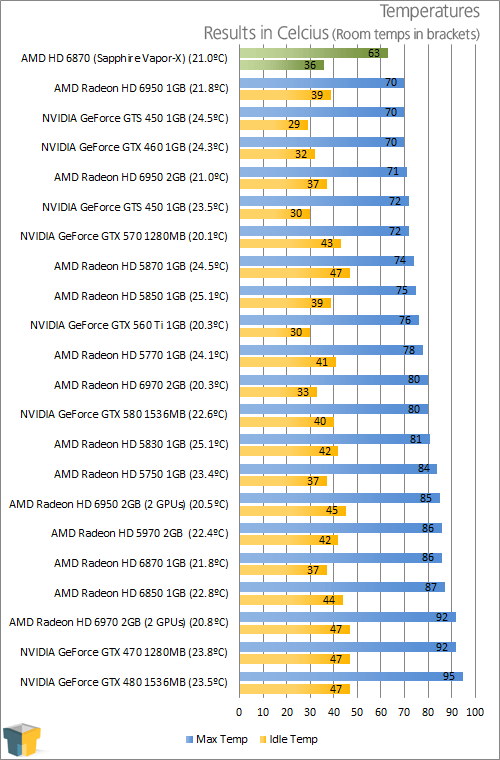 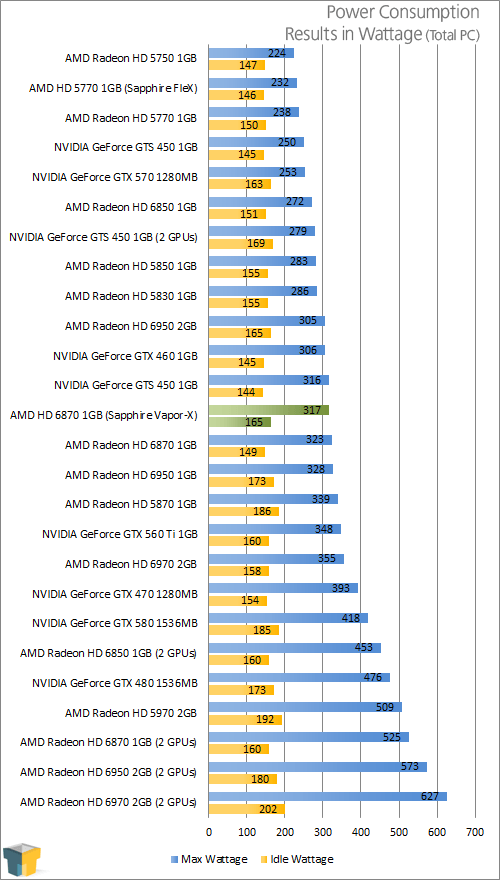 Oddly, the idle wattage on Sapphire’s card is a bit higher than our reference, but the load wattage shaves 6W off. For temperatures, Sapphire’s card clearly dominates, proving to be our coolest card at max load than anything else in our line-up.