To find the max stable overclock on an AMD card, we stick to using the overclocking software included with the card, or at worst, AMD’s OverDrive tool. For NVIDIA, we use EVGA’s Precision, which allows us to reach heights that are in no way sane – a good thing.

The reference clocks for the Radeon HD 6870 are 900MHz on the core and 1050MHz on the memory, while the Vapor-X card sticks to those. To overclock, I used Sapphire’s own TriXX tool, as AMD’s own OverDrive tool proved too limiting.

Because I wasn’t able to increase the voltage (the tool didn’t allow it), the top “stable” overclocked proved to be 1025MHz on the core and 1090MHz on the memory. This results in a fairly impressive boost for the core, and one a bit better than expected on the memory. 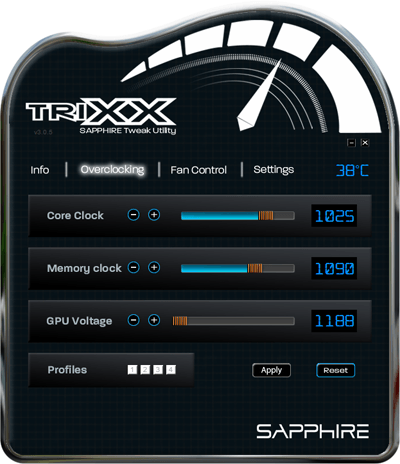 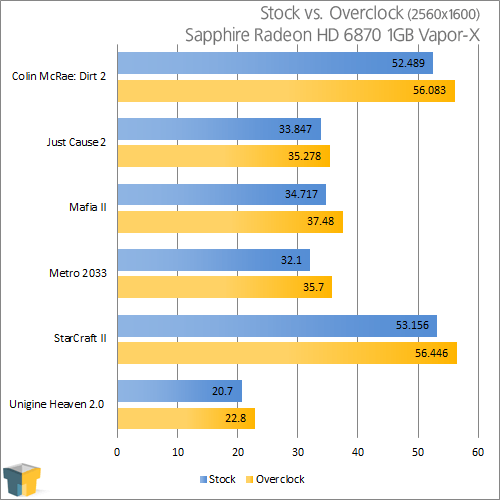 Given that our overall clock increase wasn’t major, the end results reflect that. Whether such gains are worth an overclock at all are for you to decide.