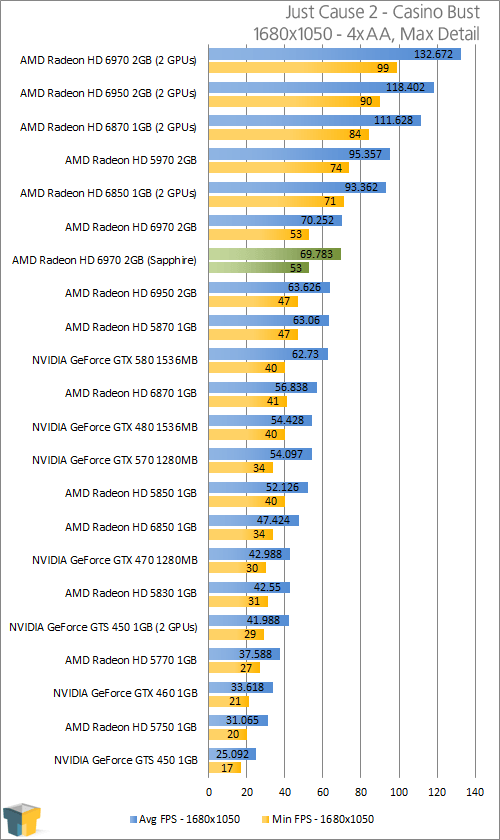 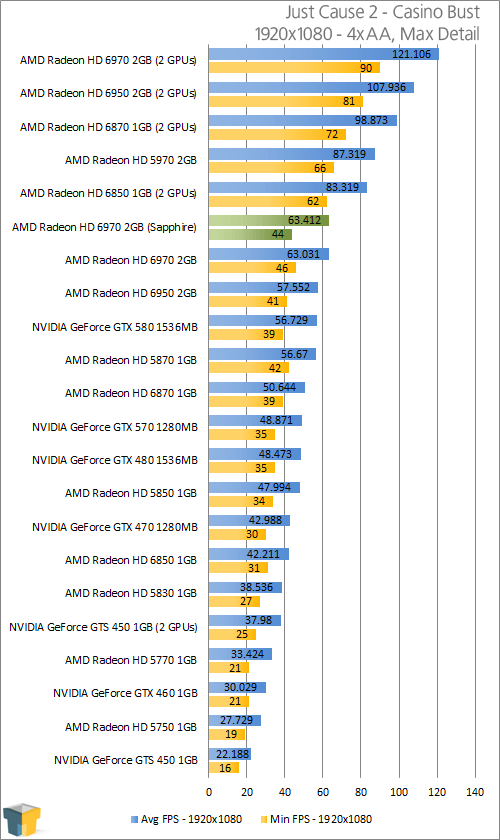 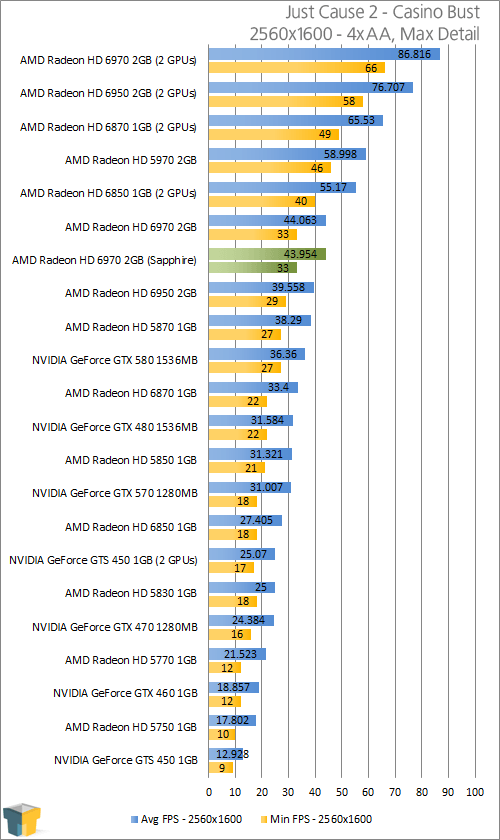 Both Dirt 2 and Just Cause 2 tend to favor AMD’s cards over NVIDIA’s, but while AMD fell slightly behind where we expected it to be with Dirt 2, it came ahead in Just Cause 2. Here, rather than NVIDIA’s GTX 570 coming ahead of AMD’s HD 6970, the latter came ahead of NVIDIA’s flagship, the GTX 580.