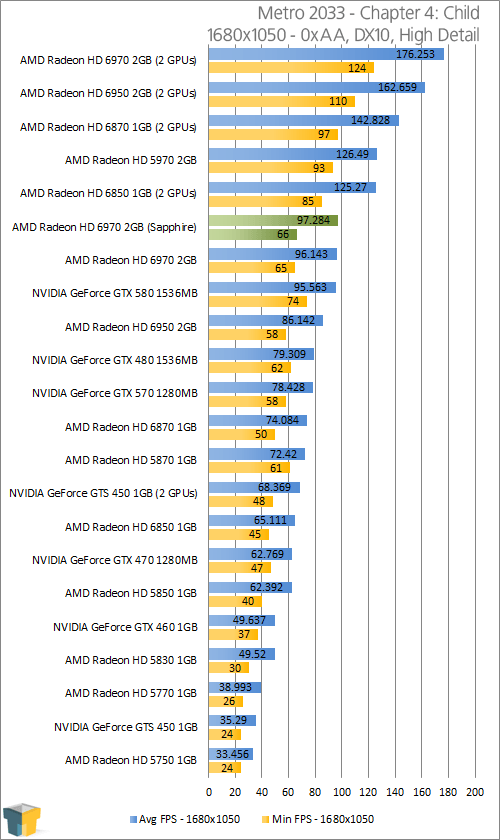 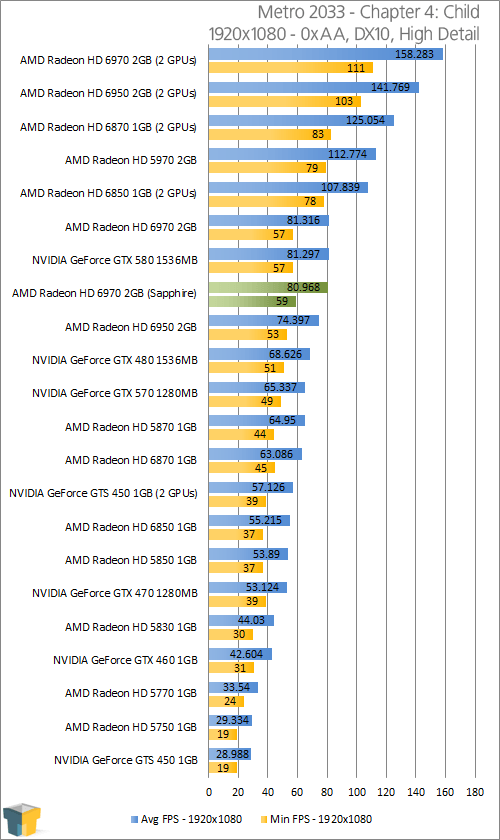 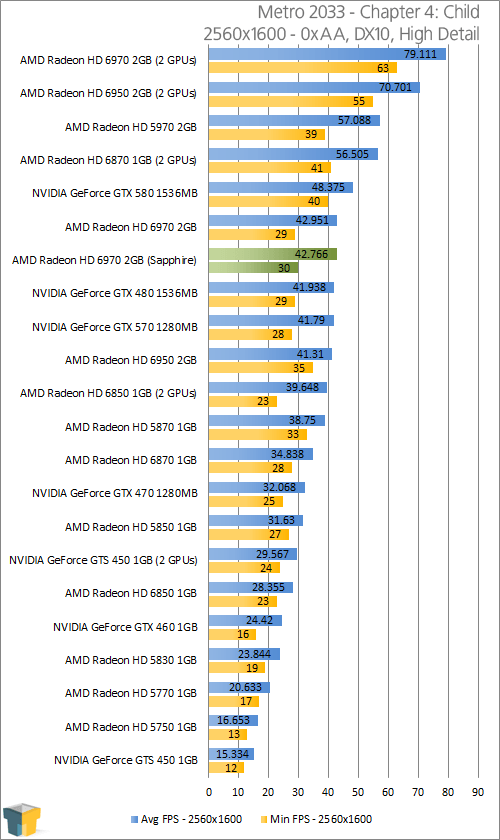 AMD’s offerings strike back here, which again is to be expected when the trend has been that Radeons have excelled in this particular game since its release. In the HD 6970 vs. GTX 580 argument, both cards perform just about the same.