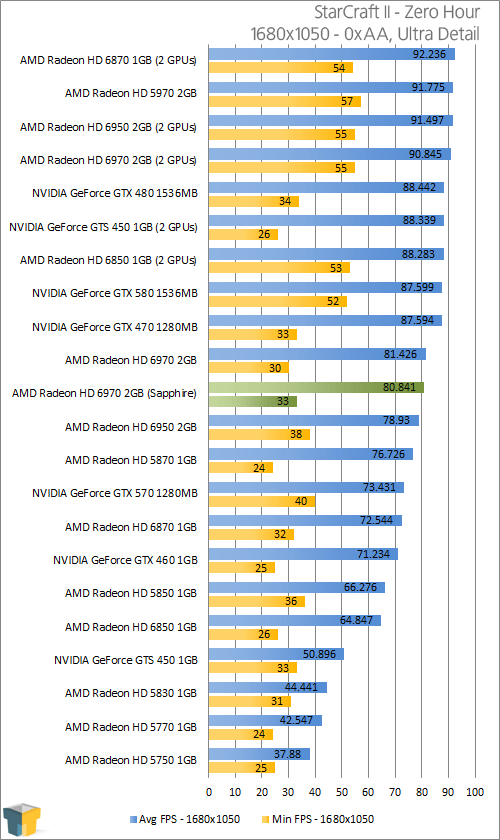 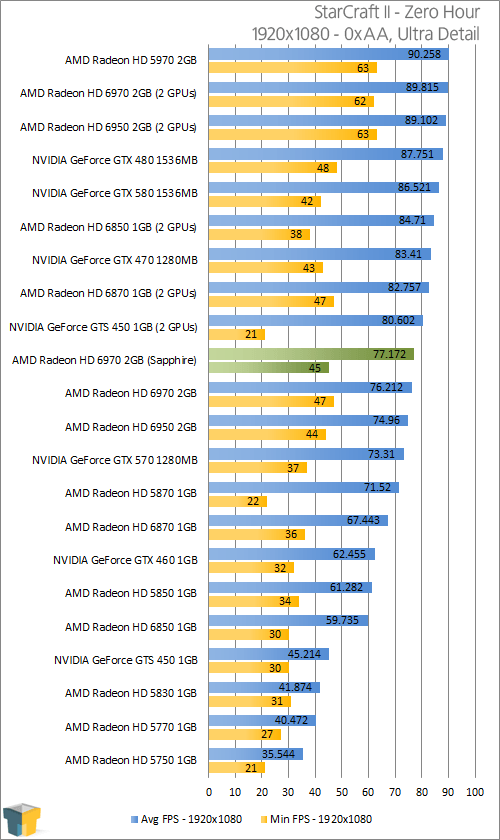 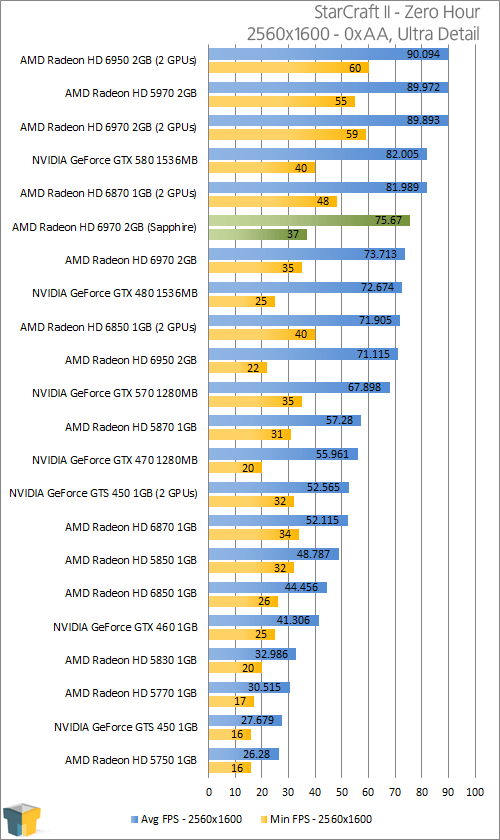 StarCraft II also seems to be an NVIDIA-bound game, and that’s evidenced by the results here. But at 2560×1600, AMD’s cards did manage to pull ahead, possibly due to its large 2GB buffer.