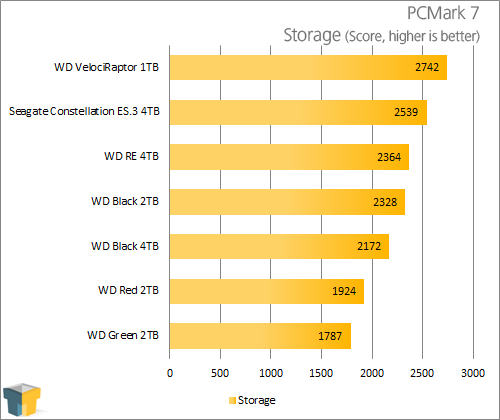 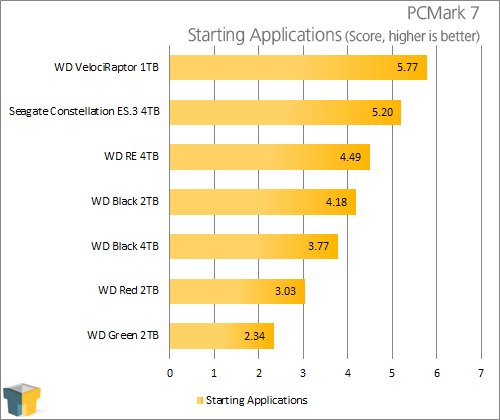 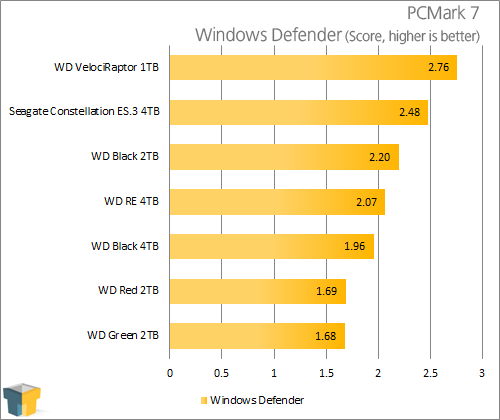 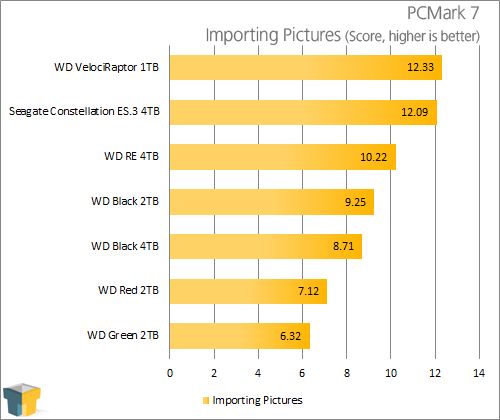 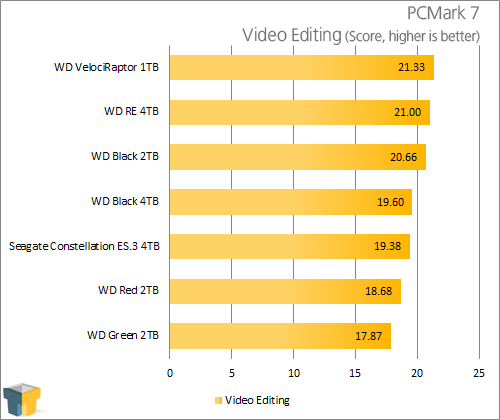 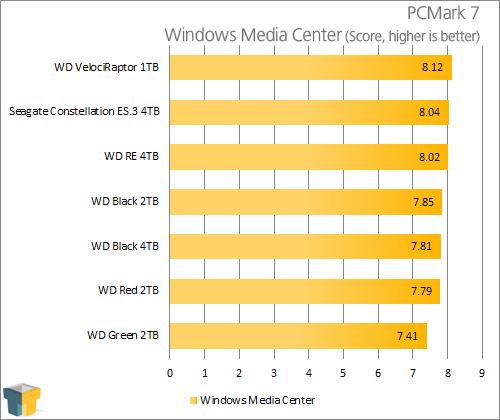 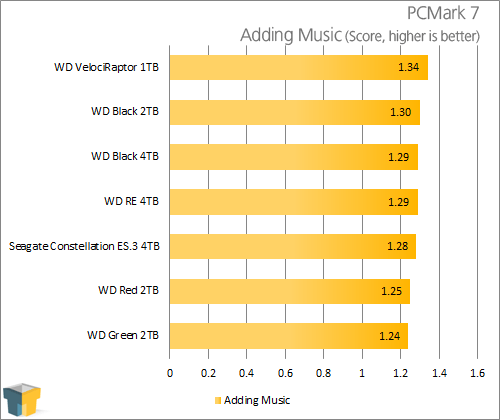 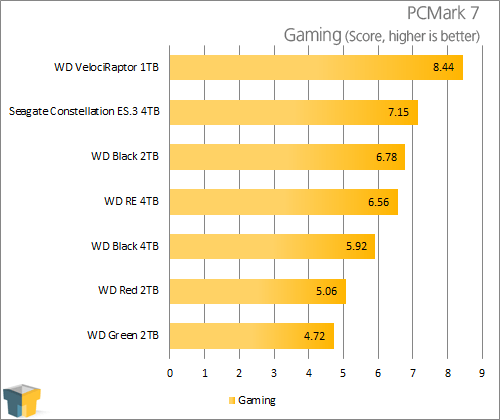 The results seen here reaffirm the idea that Seagate’s drive must use (in all likeliness) 1TB platters, although the extra cache could be playing a role as well. Oddly, Seagate’s drive did under-perform notably in one test, Video Editing, but that was the lone exception. Overall, PCMark 7 deems Seagate’s ES.3 drive to be 7.4% faster than WD’s RE.